If businesses and management teams are to get serious about fighting fraud, considerations such as workplace environments must enter the conversation.

When shoppers walk around the aisles of a supermarket, every aspect of that experience is designed to influence their behaviour. From the overall store layout to the smallest of details – the friendly greeter at the door, the type of background music playing and even the exact height and spacing of each shelf.

These details are all guided by research into consumer psychology and the ways that retail environments can shape people’s actions and choices. And if a 20-minute supermarket trip has this power, it’s worth considering what kind of impact a workplace can have on our employees.

It’s not just the physical environment but also the organisational structures, the systems and processes in place, that make up a workplace culture, that helps to mould employee attitudes and behaviours.

The impact of workplace culture is something we generally hear about in a negative context, when it’s revealed to have been dangerously dysfunctional. A prime example of this was the 2009 parliamentary expenses scandal which exposed the widespread abuse of allowances amongst UK MPs.

A lack of effective checks and balances associated with fighting fraud helped to create a deeply embedded culture of dishonesty within Westminster, with new MPs being “schooled” by senior colleagues on the correct way to “fiddle” their claims.

But these same kinds of organisational failings can be found throughout the business world. UK companies are estimated to be losing around £100m each year to expenses fraud. The scale and type of businesses affected varies greatly, but the root causes remain the same.

The three workplace traits which create an ideal environment for expenses fraud can be identified as:

This is the belief within a workplace that exaggerating and falsifying claims is no big deal. That it’s something everyone does and while it may not be encouraged by bosses, it’s grudgingly tolerated and accepted.

A 2016 survey by Censuswide of 2,000 UK employees found that 22 per cent admitted to having over-claimed expenses. The justification, for nearly a third (32 per cent), was that it was a “normal” practice which “everyone does”.

This is the perception that the chances of getting caught are minimal. Fraudulent claims are liable to be processed unchallenged and even if something is spotted, the repercussions are not to be feared.

Many times, the only consequence an employee will face is that the illegible claim is rejected. Each time a fraudulent claim does go unchallenged, it helps embolden the employee to continue.

This is the belief within an organisation that expenses can be used as a legitimate way to supplement their basic income. Expenses become viewed as a kind of internal currency, used to smooth out any perceived problems – to boost a low salary or compensate for long hours.

This attitude was shown to be prevalent within the UK newspaper industry by the findings of the 2012 Leveson Inquiry into media standards. It highlighted how reporters were encouraged by management to use expenses as a way to supplement their basic salaries.

When these ideas take hold within a business, the workplace culture has the power to negatively influence even the most honest of employees. The longer it goes unchallenged, the stronger it becomes as attitudes embed themselves within a workforce.

But this is an environment which is borne out of a bygone business age – a pre-digital era when expenses management remained a painstakingly slow and paper-based process. The time and resources required to manage expenses meant that many organisations opted to tolerate a certain level of losses.

It’s an attitude which can filter down through a company and provides employees with tacit approval for their fraudulent behaviour. And with finance teams fighting fraud unable to properly monitor or police a monthly flood of paper claims, the risks of being caught were minimal.

But while a workplace culture can act as a breeding ground for fraud, it can have an equally powerful impact as a deterrent. With a change of approach and a switch over to digital management systems, the negative influences can be replaced with positives.

It means that expenses fraud can be tackled rather than tolerated with finance teams having the time and resources needed to properly police a company policy. With proper checks and balances, employees start to perceive it as a risk that’s simply not worth taking.

And, as with a negative influence, the effect on employees grows exponentially as attitudes spread throughout an organisation. By understanding and harnessing this effect, we have a powerful ally in the fight against fraud. 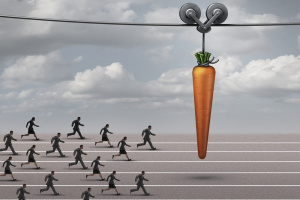 How SEO can genuinely attract and retain talent

November 2016 economic statistics: All the figures SMEs need to know