Looking at the perks and pitfalls of working at home, Cartridge People’s How to ‘Win’ at Home Working report unveiled some contradicting news. Your fears about home workers being less productive is unwarranted. In fact, workplace distractions are more common than you think.

Sure, there’s a lot of appeal when it comes to working in an office, but the tide is turning – some 241,000 people do their jobs from home. In curiosity, Cartridge People quizzed 1,135 Brits to find out whether home or office workers were more productive.

Of course, working from home doesn’t mean you won’t get interrupted. Some 56 per cent complained about cold callers, while 45 per cent were caught in conversation with partners. But here’s the clincher: there are more workplace distractions.

Over half of employees (65 per cent) said they felt more productive at home – and they’re probably right. As many as 33 per cent of office-based staff admitted to experiencing an average of ten or more distractions during the day. For home workers the average was three.

Andrew Davies, spokesperson for CartridgePeople.com, said: “There is a common misconception that offices are a more productive working environment. It’s clear that distractions in the office are an issue.”

But what distractions are we likely to come across in the office? We canvassed the web to find the most common offenders. In 2016, CareerBuilder came up with the following top ten list, unveiling what bosses thought were workplace productivity killers.

This echoes research from 2015, which found staff wasted 759 hours a year thanks to office distractions. It added the following to the above list:

“Just as in everyday life, there are many distractions that cause the loss of valuable hours in the working day,” explained Think Money director of communications Ian Williams. “Often, it’s not simply a case of one burst of text messaging or internet surfing; there can be a constant stream of dipping back in and out, so concentration is interrupted throughout the day.”

Securing trademarks to make them work for your brand 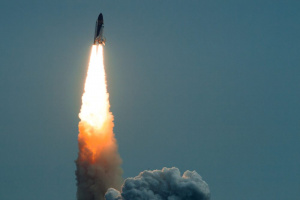 How SMEs can cross new frontiers and boost revenue