The decision to ban headscarves from workplace dress code and its impact on employers and employees bears a little more scrutiny and is not quite what it seems.

The two cases that came before the European Court both involved female Muslim employees wishing to wear a headscarf at work and were prevented from doing so by their workplace dress code. In G4S’ case, the employee was a receptionist who informed her employer she intended to wear an Islamic headscarf to work despite the company’s rule prohibiting staff from wearing visible signs of their political, philosophical or religious beliefs. She was eventually dismissed.

In the Micropole case, the employee was a design engineer and wore a headscarf from the start of her employment. Following a complaint from a customer regarding her headscarf, Micropole asked the employee not to wear it in the future. She objected and was subsequently dismissed.

The Court of Justice of the European Union (formerly the ECJ), decided that where an employer has a workplace dress code of “religious neutrality” this does not constitute direct discrimination. However, in the absence of such a rule, and if an employer pandered to a customer’s wishes not to be served by an employee wearing a headscarf, this would amount to discrimination and could not be justified.

The Court also considered that, whilst having such a workplace dress code might amount to indirect discrimination, it could be “objectively justified” by a legitimate aim. The aim in question being an employer’s desire to project an image of neutrality towards customers, notably where employees are in customer facing roles. Additionally, such a ban might be appropriate providing the policy is applied in a consistent and systematic manner. Crucially the court stated it would be for the national court to decide in each case whether there was an “objective justification”.

What does this mean for SMEs’ workplace dress code?

There is no need for SMEs to introduce any policy which bans the wearing of religious, political or philosophical clothing or symbols. However, any SME deciding to be “neutral” would be advised to tread with caution.

Firstly, why would any employer want to do so? Unlike France and Belgium – where the two cases originated – we do not live in a secular society where we attempt to remove religion from public life. Sikh police officers wearing turbans and Jewish males wearing a kippah (or yarmulke) have become a common sight. Such diversity is often seen as a positive sign of an employer’s commitment to equal opportunity and inclusivity.

Secondly, the introduction of such policy could be badly received by employees and create potential damage to a company’s reputation. It could lead to the loss of valuable employees and the deterrence of future staff. And the European Court made it clear that such a policy would only be justified in customer facing roles and prior to a dismissal it would be reasonable to think of relocating the employee to a non-customer facing position.

The introduction of such a policy would also still be open to challenge by an employee. An Employment Tribunal Judge, in the first instance, would have to decide if the policy could be justified. Historically, UK courts and tribunals have taken a liberal view towards the interpretation of the law when it comes to religious symbols and clothing.

What effect will Brexit have?

Brexit is unlikely to have much effect given that the government has announced that workers’ rights will not be diluted and the ‘great repeal bill’ will ensure that all EU legislation is maintained post Brexit. However, it remains to be seen whether this will include the existing decisions of the European Courts and how much the government want to amend legislation soon after our exit from the EU. 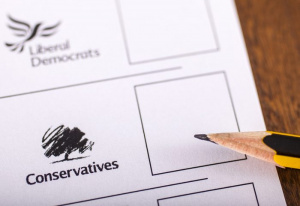 The business lessons we can learn from the Tory scandal 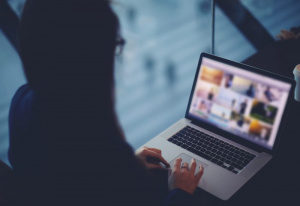 Do I need to hire a media agency?