Imagine: You’ve found your way onto the Real Business website and you’re met with the headline, “Tech company announces 24% increase in annual revenue – a side-effect of cognitive enhancing drugs”.

The main page is littered with advice on how companies can separate the wheat from the chaff. There are tips on aggressively pursuing new markets and how to best measure, analyse and optimise staff performance. How do you get employees to part with their data? By giving them a ton of cash, of course.

Some articles delve into how workers are seeking to alter their brains so as to be employed by a company with enough influence to be an economic entity in its own right. Because we’ve come to except that only exceptional people are in demand.

Much like the 1997 movie Gattaca, some people are just genetically inferior. And as harsh as that may seem, we could actually be en route to making it a reality. Here’s why.

Could there be a thing as too much change?

Henley Business School recently held its World of Work 2030 conference. It advocated that managing change and ambiguity would be a key competency in the future.

During a break-out session, Henley careers consultant Sarah Leach had attendees build their dream homes using Lego blocks. When their idea was almost realised, she changed the parameters. The exercise, Leach said, was intended to see if they would recreate their initial idea into something better “as a result of those changes”.

It’s an intriguing concept. And our ability to roll with the punches will definitely be necessary as we’re apparently standing at a critical junction in human history.

There are four potential futures

The way the world could look in 2030 is so varied that experts have taken to writing about the various branches we could find ourselves walking down.

Kojm likens them to dimensions, suggesting the business world will change based on the elements it becomes obsessed with – like physical space, boosting capability, creating perfect experiences and putting emphasis on intelligence.

In a red future, “companies will be racing to give consumers what they want.” Innovation and personalisation will be put at the fore. But this future has some consequences. Companies in 2030 will have to tread lightly as innovation will outpace regulation. “Today’s winning business could be tomorrow’s court case,” the report read.

In a blue future, corporations would grow to such a scale, “and exert such influence”, that some become more powerful than national economies. As a result, either people will have a high paying job or no job at all. In contrast, we could be heading for a 2030 future where workers and companies seek greater meaning and relevance in what they do.

The last – a green future – would see corporate responsibility become a business imperative. “Workers will be expected to reflect the values of their employer, both at work and at home through organisational pledges,” PwC maintained. “Travel will also be tightly controlled and monitored.”

What decisions will decide which road we take?

The decisions we make now will either derail the business world onto a different route or give it push forward. But what has the potential to make such a large impact?

The UK’s demographic is changing. The “baby boom” generation is reaching pension age and older people are participating in the labour market for longer. While most of the population is ageing, migration has helped remedy skills shortages.

But Brexit has thrown a spanner in the works. We’re waiting to see how the government will make the UK attractive for not only international talent, but domestic workers as well. And will there be an emphasis on upskilling talent?

There’s analysis that comes from a 2014 government report that rings true as well. “As women around the world continue to seek equal rights, traditional gender roles are increasingly challenged. Rising global mobility of workers and new technologies are bringing together different and sometimes conflicting cultures, religions, races and languages.”

People have grown to demand a better work-life balance. The government likewise suggested: “As organisations seek to hire and retain strong performers, there is a growing understanding of the need to offer soft benefits in addition to traditional incentives. And the digitalisation of production processes is driving a new era of industrialisation.”

While we may not know which coloured version of the future we’ll find ourselves in, we are living in a time of continual, rapid change. Current demands and issues shouldn’t be put on hold. After all, how we handle all these elements now will shape 2030 for better or worse.

Edward Holroyd Pearce on his role in digitising the internship experience 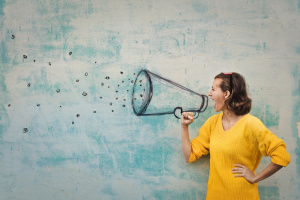 Millennials prefer the shortcuts of automation: What does this mean for your business?