When I was a youngster, many of the girls who left school were nudged in the direction of certain occupations.

The stereotypes attached to these jobs came directly from a society perpetuating certain images, of what jobs women and men should be doing because of gender, rather than thinking about which positions would be best suited to everyone’s individual abilities.

The reality is, gender stereotypes in the workplace are extremely powerful, but for all the wrong reasons. Historically, stereotypes have biased a massive range of employment outcomes, such as pay, performance evaluations, promotion assessments, and even if the candidate is hired in the first place.

“Women are choosing to blaze a trail in traditionally male-dominated occupations like engineering, transport and construction.”

There’s no denying that gendered jobs are harmful to society and the economy, starving industries from the potential brilliance and flair opposing genders could bring.

So, I think it’s fair to say that the UK has been operating in a situation where there’s been a huge pool of misplaced talent because people have traditionally felt compelled to stay within their lines – but I’m glad to see times are changing.

Now women are choosing to blaze a trail in traditionally male-dominated occupations like engineering, transport, construction and, dare I say it, plumbing. But there is still a long way to go.

The UK may still be one of the best places in the world to start a business, but it seems that – according to HM Treasury – those invisible gender barriers mean that women are half as likely as men to become involved.

The government has launched a review to examine these barriers in detail and how they may be overcome to encourage more women entrepreneurs.

Just one in five SMEs are run by women, which means there is a huge reservoir of untapped entrepreneurial talent out there – which, if encouraged, could also provide a healthy Treasury revenue stream.

It’s often a matter of the culture – which impacts on one of the main foundations of entrepreneurship, confidence.

Confidence, or the lack of it, maybe a problem specific to this country, if that is, you believe the latest OECD Gender Initiative Report, which reveals the ratio of male and female inventors around the world.

Then, there’s the added headache of funding. It’s disturbing to learn that rather than encouraging innovative entrepreneurs whatever their gender, the upstanding venture capitalists of this country seem to be proving a little sexist.

A study by market research group Beauhurst reveals that 254 female-founded companies received £570m worth of investment during 2018. That might seem like a sizeable wedge until you consider that figure had fallen from £650m a year earlier.

“It’s time those barriers are brought tumbling down and women are given an equal chance.”

Although there was a general slowdown in investment, in line with the economy, startups led by female entrepreneurs only grabbed 8& of the total amount of equity funding invested last year.

There were also 15% fewer investments in female-founded businesses, compared with a fall of 6% among bloke-run businesses.

Could this be a MeToo moment for reflection by the great (male-dominated) financial institutions?

I’m the first to admit the plumbing trade is dominated by fellas, but I’m pleased to be changing perceptions, having taken on a great number of female apprentices over the years.

Many have gone on to forge a successful career for themselves within the industry – by being every bit as good, and sometimes better, than their male colleagues.

It’s certainly about changing that culture and perception. Our apprentice mechanic Abbie is currently working with local schools as part of the ‘I Can Be’ programme.

“I’m pleased to be changing perceptions, having taken on a great number of female apprentices over the years.”

This involves inviting young girls of school age in for workshops in our garage to prove to them that they are not constrained by outdated views, and are able to do any job they choose, if they show the right attitude and aptitude.

And Abbie can stand in front of them as a shining example.

It’s the same with entrepreneurship. Yes, it’s time those barriers are brought tumbling down and women are given an equal chance.

But, most of all, society must support these efforts and remove the stigma, to allow them to succeed. 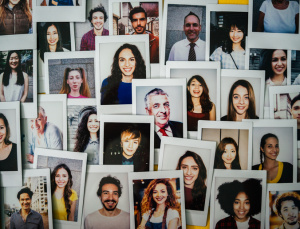 The gender pay gap is old news. Let’s tackle ethnicity and disability based wage inequality too 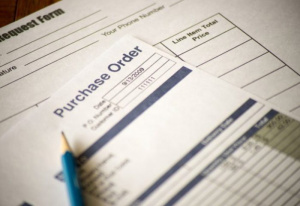 How to recover commercial debt