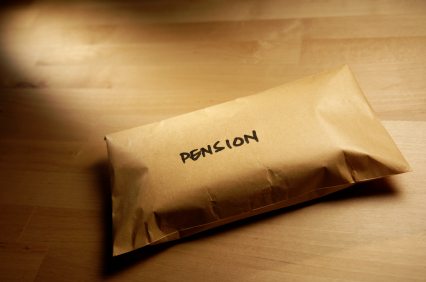 They can, of course, opt out of the scheme. If they do so, all contributions must be refunded. An employee who has opted out can apply to re-enrol, but only once in a 12-month period.

The question is, why would anybody want to opt out? Generally speaking, auto-enrolment is free money from employer and the government. Minimum contributions are set at just two per cent, with 0.8 per cent coming from employees, one per cent from employers and 0.2 per cent in tax relief from the government. Pension contributions are paid gross of tax so for a basic-rate taxpayer, each £1 contributed will cost the employee 80p from his or her pay packet. This scheme comes at a time when pension saving is at an all-time low, since records began in 1953. However, it’s worth to remember that pensions are just one way to save for retirement. For many workers – particularly those who have large debts, and have perhaps seen retirees disappointed by stock market falls and low annuity rates – pensions don’t sound so tempting.  Older people on low incomes will be wary, knowing that the current pension credit system is so complex that it’s tricky to know whether you are better off saving. If people are to be pushed into saving for their retirement with a workplace pension, they need to be absolutely sure that they will be better off by doing so.  But it just so happens that an astounding 60 per cent of people in the UK admit they still don’t know what auto-enrolment is. Before the questions about less money on their paycheques begin,business leaders should make sure their team knows everything there is to know about the pensions shake-up. Even if they do know about auto-enrolment, most employees (and employers, too) are confused about certain details. One issue is what happens to pensions when employees move jobs. With the average worker changing jobs 11 times over their career, there is the prospect of a trail of small pension pots, each worth only a few hundred pounds each. To counter this problem, pensions minister Steve Webb proposed the “pot follows member” system, where the fund would automatically move with the worker to new employers. But some say this approach is flawed, and creates a “pensions lottery”. There is nothing in the rules to prevent someone automatically being moved from a pension with low charges into a scheme with higher ones, or vice versa.  In sectors such as construction and retail, where workers switch jobs often, tiny pension funds could end up chasing staff from job to job and barely catching up. Anyone who has already accrued an enviable pension pot will also have to tread carefully, as those with pension savings above the lifetime allowance (currently £1.5m) face a 55 per cent pension excess charge when the benefits are realised. This applies only to the excess above £1.5m, not the whole pension. But hold, there’s one exception: that is if the individual took out fixed or enhanced protection in the past. When the lifetime allowance was introduced in April 2006, those affected were able to opt for enhanced protection against future lifetime allowance charge, under the condition that no further contributions were made. Similarly, when the lifetime allowance was reduced from £1.8m to £1.5m in 2011, people were able to apply for fixed protection. This meant they could freeze the higher allowance at £1.8m, as long as no more money is put into any pension funds. That means that if someone failed to opt out of auto-enrolment and lost their fixed protection, it could result in a hefty tax bill of up to £165,000 (55 per cent of the difference between £1.8m and £1.5m). If you do decide you want to opt out of auto enrolment, be prepared that it might be more complicated that it seems (and make sure to prepare your employees for that). Initially, individuals have one month after being automatically enrolled to leave the scheme, but employers are required to reapply the auto-enrolment every three years.