Now England is in the knock-out round and potentially on its way to World Cup victory (let’s not get ahead of ourselves), the air in the workplace can really heat up amidst an already hot summer.

But employee behaviour could cause employers to face same tricky situations.

Flying the St George’s flag in the workplace outside of an international football tournament would not normally be considered appropriate, so employers should bear in mind the diverse nature of their workforce and any national sensitivities.

If flags are going to be flown then they should ideally be representative of the workforce and not simply a proportion of avid England fans.

Remember that there is sometimes a fine line between extreme sporting patriotism and bigotry. Inappropriate behaviour or comments in the context of sporting “banter” is likely to give rise to misconduct issues and disciplinary or grievance cases.

Where there is a risk of friction between certain employees, take preventative measures by reminding employees of what is acceptable and that any inappropriate behaviour will not be tolerated. Remember that conduct outside the office but with work colleagues is likely to be “in the course of employment” – just because lively “banter” takes place at a nearby pub does not mean the employer should not intervene in disputes or take action against offensive behaviour.

There is no right for employees to watch football at work or to be allowed time off to watch matches, but there are good employee-relations reasons to be flexible throughout the tournament. It may also be preferable to have transparency about what will be permitted rather than the inevitable covert screening or time-off which will otherwise ensue.

Employers should, however, be mindful of disruption to those employees who are not interested in football and, in determining how lenient they will be, consistency is key. Football fans of all teams and nationalities should be treated consistently.

If England fans are given time off or screening privileges, the same should apply for other teams and fans. And for those employees not interested in football, employers should give them similar leniency in respect of other occasions which are important to them.

Most offices will have one or multiple World Cup sweepstakes and someone will be the custodian of what could sometimes be large sums of money.

This could give rise to risk of financial impropriety and disputes between employees. Evidence of mishandling colleagues’ money could constitute misconduct (which could be serious, depending on the circumstances) and employers may find themselves mediating or investigating allegations which may, on the face of it, appear to be unrelated to work.

Employers could prohibit sweepstakes, but would again need to weigh up the adverse effects on staff morale, versus the risk of time-consuming employee relations issues. As always, be prepared for potential issues and reinforce clear boundaries so that employees know what is expected of them and the potential consequences of stepping out of line.

4. How to deal with hooliganism

What about when employees behave badly off premises and not in the company of colleagues or while representing their employer? As with other types of conduct, anything which risks bringing the employer into disrepute or impacts on the employee’s role or relationships with their colleagues, clients or other stakeholders, may fall under the employer’s remit and result in disciplinary allegations and an investigation or a grievance.

The use of social media is likely to give rise to the greatest risk of inappropriate conduct, particularly re-tweets, comments made or posts published in the heat of the moment and while caught up in the passion of World Cup which could cause offence. This is to be treated the same as any other behaviour on social media and should be dealt with under the employer’s social media policy.

Ideally, employers should remind employees of the policy and what it says and for those without such a policy in place, it would be advisable to set out what is expected of their employees in this context.

There is certainly plenty of fun to be had and the World Cup could bring employees and teams together, but as tensions rise so does the risk of increased division and alienation which employers should be alert to. 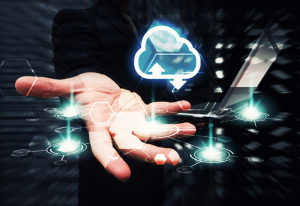 Is it time to move to a cloud phone system?