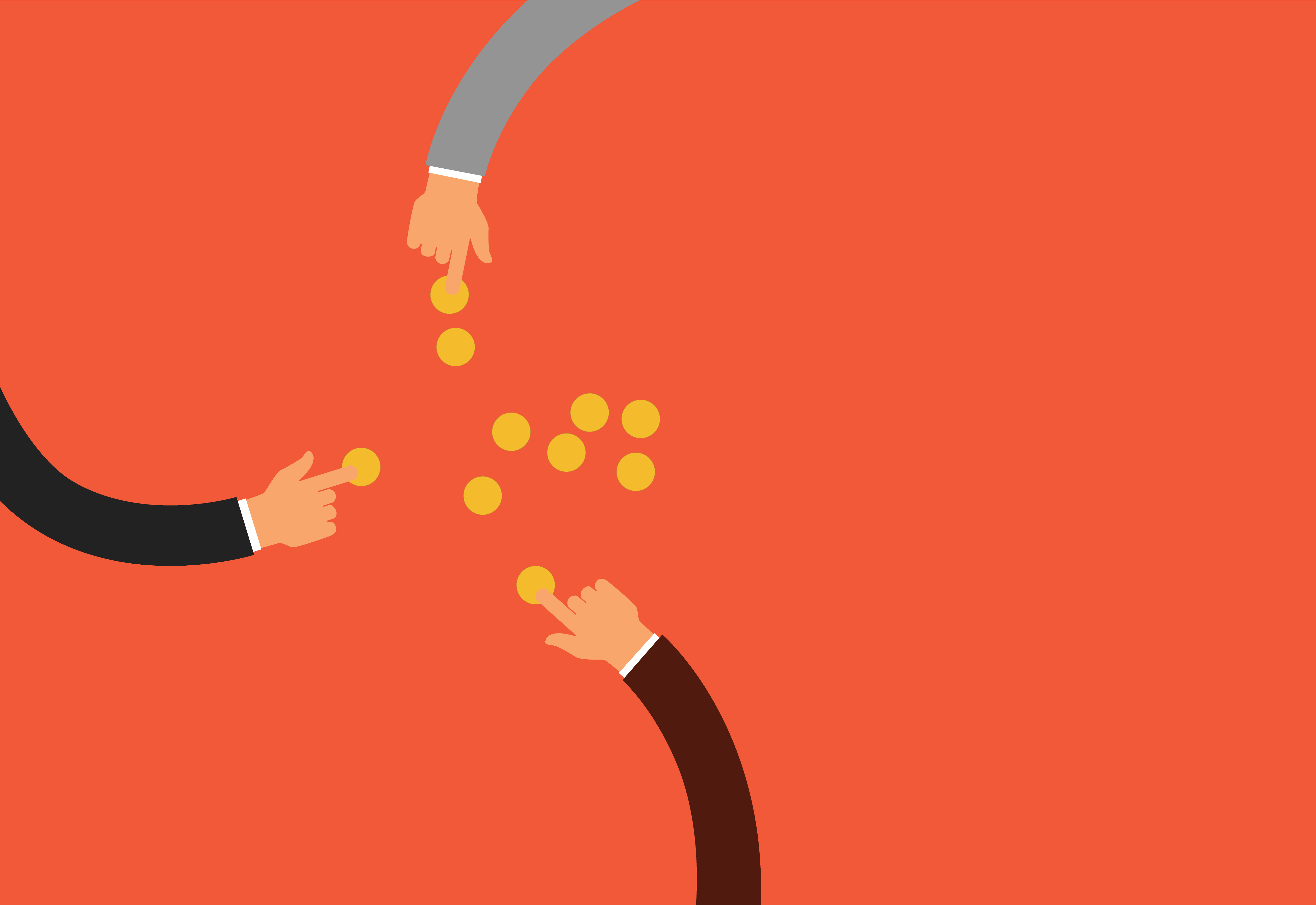 How did this happen, you may ask? Was it a stitch-up decided at Davos? You’d be better looking closer to home.

Back in August 2012 things were very different when Real Business published this article which I wrote about the regulators’ (known as the FSA back then) first and hostile pronouncements on crowdfunding ? including an ominous section on “how to protect yourself” from crowdfunding. It made no distinction between equity crowdfunding, against which it was seemingly directed, or other forms. It was a big muddy brick, to muddy the waters and set the tone. Now, as this article, originally from Real FD, was right to point out last week, it’s clear that “The UK is the leading market for equity crowdfunding regulation”, and that the US and “other nations have almost no choice but to follow the trend and allow non-professional investors to participate”. Competition is global now after all. But it erred somewhat in suggesting the reception here was a warm one saying: “While equity crowdfunding is fast becoming the norm in the UK, it’s had less of a warm welcome in the US.”

So how did we get from this, almost forgotten, hostile reception to becoming world leaders ? now setting the agenda globally, in a little over three years? That journey can be traced through the pages of Real Business where, together with what started life as the Westminster Crowdfunding Forum (WCF), most of the action has taken place to bring about this remarkable turnaround. A forum that has since helped create and, works directly with, the All-Party Parliamentary Group on Crowdfunding and Non-bank Finance, and which the FCA have visited and contributed to on a variety of occasions since. Two years on from that first pronouncement the same regulator (now known as the FCA), and in stark contrast to it, chancellor George Osborne reversed policy, publicly tasking regulators, at the launch of the Innovate Finance conference on 6 August 2014. He said: “Regulation has to be pro-innovation. With the right backing from government, I believe we can make London the fintech capital of the world. For me this is not an add-on to what the City [of London] already does. It has to be what the City?[of London]?becomes in the future.” He went on to add: “We?re backing you by creating a regulatory environment that gives new entrants the chance to succeed. These are positive developments that I hope will help us create the right, pro-innovation regulatory environment ? the best investment environment. The best regulatory environment. The best infrastructure.”

Having been in the vanguard of what at times seemed like a thankless and fruitless fight for a new, wider, perspective against impossible odds, looking back it’s mostly in the pages of Real Business and in that Westminster forum that the much needed debate has been had. Barry Sheerman, MP for Huddersfield, who chairs the All-Party Parliamentary Group and previously the Westminster Crowdfunding Forum, commented:?”The dramatic changes we have seen since the group was first formed in March 2013 have been remarkable and I believe the debate and dialogue we’ve had with the FCA, government and particularly the Treasury and BIS have been extraordinarily productive. Debate is extremely important and this really has been democracy in action. I’m delighted that we’ve played this role in helping catapult the UK from nowhere to acknowledged world leadership in crowdfunding and financial innovation.” And the twists and turns have been remarkable indeed. Among them we have seen the UK Crowdfunding Association (UKCFA) consistently support the regulator (as having got it “about right”) both before, during and after this sea-change, and it’s chair Julia Groves demand that we cease to connect with, criticise or comment on the regulator (“stop getting between us and the regulator”, she told me) seeing this as their domain.

Equally stunning was the dawning realisation that some of the new entrants almost instantly regarded themselves as incumbents and, having been regulated, saw this as an asset and a means of nobbling competition, preventing others treading the path they had just trodden. Whistle-blowing becoming a kind of covert, unsporting, anti-sport as a result. A brief perusal of the Real Business archive throws up twenty or so articles over this period I’ve written in furtherance of the debate ? a good number of them in response to other stories Real Business has rightly aired, providing a great and open debating chamber ? and proving ground to ideas, arguments and approaches. Perhaps most notably, again in August 2012 when, I proposed and, made the case, as to why the regulator should open an “innovation unit”. Little happened for two years (apart from some internal debate) and no response, until almost three months after Osborne’s reversal of policy when the FCA launched the world’s first regulatory innovation unit. Which I don’t believe could have happened without the debate fostered here by Real Business. A year later, in November 2015, the FCA not just declared this a great success, with plans in train “for broadening and strengthening Project Innovate”, but expanded it to include another bold regulatory innovation ? a Regulatory Sandbox. This they describe as: “A ?safe space? in which businesses can test innovative products, services, business models and delivery mechanisms without immediately incurring all the normal regulatory consequences.”

This approach, modelled as it is on drug-trials, could have it’s drawbacks (and could be susceptible to regulatory capture too over time). But at this point could equally be revolutionary, creating a mechanism to support change, innovation and so greater competition. This would be rather than the lock-in and lock-down of the financial sector that we have seen previously and which led to the last big crash ? not to mention systemic friction, poor and outdated services and massive inequalities. Which is why I’m now working with some of the leading minds in fintech across Europe exploring the potential of this approach. Perhaps it will not be too long before we see such a sandbox in Estonia, France or Germany ? or across all the EU states working in parallel to explore the myriad opportunities of a new world opened up by fintech and pioneered and fuelled by crowdfunding. So newcomers to the field Juniper, on whose recent report Real FD’s article, mentioned above, was based, is right to point to the world-changing role the UK is now playing. Even if its not fully up to speed on how we got here. It is wrong though to pull out of context the largest failed rewards project so far ? the now infamous Zano Drone, which sunk late last year under the weight of it’s own ambition, having attracted 13,000 paying backers. Startups funded by traditional equity fail in similar ways all the time ? in fact it’s well known and understood that the majority do so. Not so rewards crowdfunding, which typically delivers later than planned ? rather than not at all. This is no surprise and will not, as it suggested, bring a sea-change to rewards crowdfunding ? and hybrid projects (mingling rewards and equity) have been around a long time and are neither novel nor a direction of travel. What is is clear from the data we have now collected over more than two years tracking more than 300,000 crowdfunding raises worldwide is that after a rapid expansion, across 222 countries, rewards crowdfunding is bringing an explosion of entrepreneurial activity and innovation and changing the world many times more, and faster, than is equity crowdfunding. As will be revealed here next week with the publication of the 2016: The State of the Global Crowdfunding Nation” report.

Rewards crowdfunding is the new seed funding, the crucial first step for entrepreneurs that has been missing for so long. As a wise man one said “facts are sacred” and the data now available puts this beyond doubt. “Comments are free, but facts are sacred” C.P.Snow What is up for debate is how we maintain and extend this momentum for change. The US is following us on equity crowdfunding with its regulator the SEC grudgingly approving regulations at last in November which will come into force in May. It’s clear to me that, notwithstanding the strides we have made here in the UK, we are at the beginning not the end of a much needed re-think and reevaluation which has a long way to go as the world transforms itself into a hyper-connected post-digital era, in which equity crowdfunding ?the participation of ordinary people rather than just the super rich in owning a slice of many businesses and benefiting from their growth ? has much much further to go. The last three or four years would have proved difficult to predict. Who could have guessed back then that the UK would overtake the US so fast and comprehensively, and now be setting the global agenda. We now live in a dynamic world being constantly remade, at speed, by innovation. I predict it will be yet harder to predict where we might be in three or four years from now. And that there will be no let up ? the pace will continue to increase.