With World Mental Health Day 2017 held on Tuesday 10 October, this year’s theme has been mental health in the workplace.

According to the World Health Organization (WHO), 300m people worldwide suffer from depression, with anxiety also impacting many of those individuals. This amounts to $1tn in lost productivity each year, WHO revealed.

In a video, it’s noted that he wants businesses in the city to sign up to the Healthy Workplace Charter, a programme that guides companies on how to make happier environments for workers.

As Mayor, I want London to become a healthier, happier city where Londoners can speak openly about mental health. #WorldMentalHealthDay pic.twitter.com/NLSrBXrOGJ

Indeed, businesses have taken the opportunity to champion World Mental Health Day, with Topman chief among the companies for a truly imaginative campaign.

Tying up with Love Island contestant Chris Hughes, it was announced the day before World Mental Health Day by the TV star that he would launch his debut product with Topman, L’eau De Chris – mineral water infused with his tears.

I’m launching my first ever product in partnership with @Topman

That turned out to be a ruse, as they were knowingly seeking to get mass publicity and discussion from what seemed like an outrageous move.

What the actual fuck

The truth was revealed the morning of World Mental Health Day, as Hughes took to a stage to announce L’eau De Chris was ludicrous.

The bottle of tears symbolized the fact that 84 per cent of men admit bottling up their feelings, and it was revealed Hughes and Topman had united with male suicide prevention charity CALM for the campaign.

“Yesterday everyone was shocked that I had literally bottled my emotions in a water bottle infused with my tears. And as the L’Eau de Chris name suggested, doing that would have been ludicrous; yet this is what men across the UK are doing every single day,” said Hughes.

“What’s really ludicrous is that suicide is still the single biggest killer of young men in the UK. We live in a culture that encourages men to ‘man up’ and bottle things up. That’s why I’ve become an Ambassador for CALM and why together with TOPMAN we want to show men across the UK that it’s okay to open up instead of bottling it up.

“I’ve got personal experience of the benefits of opening up and expressing emotion, which is why I want to work with this incredible charity in its mission to making life less miserable for men across the UK. Our message to all guys is: however, you open up, just #DontBottleItUp.”

L’Eau de Chris? No, ludicrous. However you open up, just #DontBottleItUp.

In addition to the launch, Topman is donating £2 from every pack of own brand boxers it sells throughout October to CALM.

Jason Griffiths, marketing director of Topman, added: “Men’s mental health is a hugely important issue and it’s ludicrous that so many British men find it so hard to talk about their feelings.

“As a brand with a unique connection to the nation’s men, TOPMAN is proud to have worked with Chris in support of this initiative, as part of our long-standing partnership with CALM.”

Elsewhere, carwow has embraced World Mental Health Day with a pledge mental health will be treated on par with physical health for all staff.

Signing the Sanctus Mental Health Pledge, the car buying site has reassured the 140 staff their mental wellbeing is being treated appropriately. Through Sanctus, carwow has a mental health coach that offers employees one-to-one decisions, as well as informal activities such as yoga, football and netball.

Samantha Perry, head of people at carwow, detailed: “The more we talk about mental health as a company, the more open employees are to discussing it. We encourage managers to talk about overall wellbeing in one-to-ones with their team members, rather than purely business performance.

“A Sanctus coach comes into the office once or twice every month and employees from all levels can book out a session with the coach to talk about a particular problem area or just use the session to ‘train’ their mental fitness. We’ve had great feedback from employees on the value of these sessions.”

“Our average age at carwow is 29. Therefore, it’s imperative we support employee mental health. We did a survey recently and one third of our workforce have experienced mental health issues in the past.

“The world is so interconnected now, gone are the days where you can shut your home life behind a door. People bring their full selves to work at carwow, so we as a business should be supporting them, even if the issues do not stem from the workplace. We make a considered effort and this is supported from the top down.”

Tesco has also shed light on its approach to staff care for World Mental Health Day. Food operations manager at the Welwyn Garden City head office, Richard Thalemann, revealed that something as simple as walking has helped make an impact on the team.

The team walks have been taking place on lunch breaks over the past year and a half, with Thalemann and company clocking up between 1.5 and two miles a day, which has helped improve fitness levels. Additionally, it offers a chance to focus and gain fresh air in a relaxed environment outside the confines of the office.

“Most of our team come from stores where we’re used to being on our feet all day. Working in the office is much more sedentary and since we’ve been walking, energy levels have improved,” he said.

“It’s surprising how much you get to know about a colleague in a more informal situation. I’ve learned a lot more about the team and feel that I know them better as people (and vice versa!). We cover a lot when we’re out – everything from 1-2-1s, group discussions or cascading information I need to share. It doesn’t feel like a task and before you know it you’ve walked two miles.

“World Mental Health Day should be everyday. We all need to protect our mental wellbeing and I’m proud that Tesco supports colleagues to stay mentally and physically healthy.” 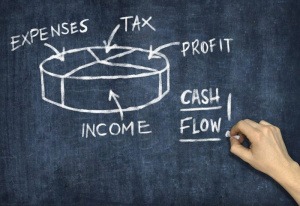 Making the most of your assets: Short-term finance options 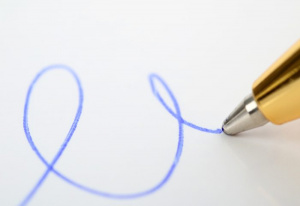 Part-time, full-time contracts, freelancer, contractor, apprentice – how does a business decide how to recruit?