In April 2015, Jawad Iqbal wrote an article entitled “Does the UK remain a world power?” While Britain certainly punches above its weight in a great many things, Iqbal drew on an event that took place in 1962 some might agree with today – especially with Brexit looming.

Speaking at a military academy, the then US secretary of state, Dean Acheson, exclaimed: “Great Britain has lost an empire and has not yet found a role. The attempt to play a separate power role is about played out.”

As others have pointed out, the UK has not only got a relatively small population, but quite a small land area. Those factors make it more difficult to be a world power. It initially garnered that title, however, because it dominated the sea – and thus trade. And the government has had ambitious plans to restore its status as major world power since former foreign secretary William Hague claimed the nation needed a new global identity.

But how do we hope to foster, as Hague suggested, trade and international alliances, if businesses aren’t equipped to communicate with companies, teams and customers from across the sea?

Britain’s growth ambitions will be particularly lacking if our broadband woes don’t soon get fixed, said Jason Downes, MD at conference call service providers Powwownow. “The UK has made great progress over the past five years but I strongly feel broadband issues need to be addressed if we want to truly succeed as a world power, let alone a country where business can prosper.

“My sister lives in Hong Kong and she finds it incredible that there are areas in London and the wider UK where it is almost impossible for her to continue her work due to poor broadband reception, and she’s right to be.”

Think for a second who stands to loose the most from a dodgy connection – those trying to make the government’s growth ambitions a reality. Seeking trade from global firms and the need for talent outside of the UK has led to the rise of flexible working.

“The popularity of flexible working has grown enormously in the last few years, with a number of large and small companies embracing the concept and the benefits it offers to both employers and employees,” Downes said.

“However, for it to continue to become more of the norm and become more engrained within the UK’s working culture, the quality and strength of broadband needs to be improved. The demand for working remotely continues to grow and people need to be able to access files, share their screens etc from any location in the UK and at the moment that is proving to be difficult from some locations.

“It is a subject that threatens to be addressed in the build-up to every budget but as yet it still remains an area where little action or resource has been applied. The UK has become the place in Europe for top technology talent and is seen as a great place for start-ups and small businesses to thrive but this process needs to be easier, otherwise it will become more difficult to attract the most talented individuals to the UK and that could potentially be a slippery slope.”

Broadband is an essential part of the ‘achieving power’ puzzle. 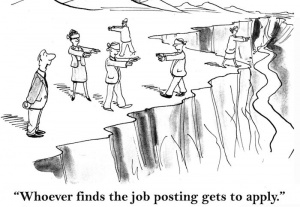