Since the unpredicted Donald Trump victory in the US presidential race, a lot has happened and some effects of the election are already being felt. Here, we take a look at how UK businesses might be impacted.

Since Trump election win, there has been some extreme commentary, both positive and negative, and the dollar has strengthened.

Anything that causes such waves in a superpower like the US will undoubtedly cause ripples throughout the globe, and for small businesses in the UK it can be difficult trying to second guess what these might be.

This year has been one of uncertainty for large and small businesses alike, and just as with Brexit it is too soon to know for sure how the US election will make its presence felt. We just don’t know which of Trump’s policy ideas will be implemented or on what time scale – but here is how the world has reacted so far.

Naturally, in the run up to and the aftermath of the election, all eyes were fixed on the dollar, and despite turbulent times it has stayed strong and is expected to remain so.

Michael Stanes, investment director at Heartwood Investment Management, explained: “Currency is always a consideration for overseas investors. While we have not been of the view that we are in the midst of a major US dollar bull market, the ability of the US Federal Reserve to talk down the US dollar should they feel it is getting problematic is likely to be less going forward, given that their capacity to maintain an ultra-dovish stance will be much tougher under the new regime. We therefore expect the trend of US dollar strength to remain in place.”

This, as with most things, is good news for some and bad news for others. For UK businesses importing goods from the US, it’s not ideal as it makes these purchases more expensive.

According to World First’s Q3 2016 Global Trade Barometer, a growing number of SMEs are feeling the impact of exchange rate movements. For example, in Q3 28 per cent of businesses felt negatively affected by the drop in sterling, (compared to 23 per cent in Q2) and 23 per cent of respondents claimed that volatility had impacted their investment decisions in the quarter.

Yet for exporters this volatility could be positive, as the weak pound and strong dollar makes UK goods cheaper for American buyers, and therefore more competitive.

In addition, ecommerce represents a huge opportunity – according to research by the US Commerce Department, sales in the US reached $341.7bn in 2015. There is no language barrier, but research from Global-e does suggest that 99 per cent of Americans prefer to pay in US dollars when given the option by an e-retailer, and often feel less confident making a purchase without this conversion option.

Nir Debbi, CMO and co-founder of Global-e, suggests that retailers remove as many barriers as possible to realise the full potential of this market.

“Retailers must streamline the customer experience by providing localisation, this needn’t mean building a standalone website from the outset or negotiating deals in every market.”

There are still many things that remain undecided or undisclosed, which leads to speculation and potential volatility.

As Peter Duff, partner at law firm Morisons, pointed out: “Post-Brexit UK businesses, in particular the SME market, are facing a period of uncertainty with which it is difficult to cope.

“The election of a president who has no political experience and has never operated at the top level of international politics, who is viewed with scepticism by the markets, will create further uncertainty until we see what experience he can garner around him.”

Currently, the Donald Trump victory remains uncontested, which is positive in that it provides more certainty. However, Jill Stein, the Green party’s presidential candidate, is prepared to request a recount of votes in several states, it has been reported, and there have been calls for an audit following claims that results could have been altered by foreign hackers.

Throw into the mix Trump’s dislike of trade deals such as the Transatlantic Trade and Investment Partnership (TTIP) and the Trans-Pacific Partnership (TPP) and the future looks murkier still.

Tim Watkins, MD at accountancy firm Randall and Payne, said: “The business community thrives on certainty, and at the moment we have a number of doubts about the future which we are all doing our best to deal with.  A victory for the Republicans may mean we are nearer the front of the queue for a post-Brexit trade deal but perhaps we can expect an element of isolationism on the part of the US going forward.”

Realistically it is too early to call how 2017 will look for small and medium-sized businesses – but while some things look uncertain, there are at least many potential opportunities for UK businesses to take up exporting to the US. 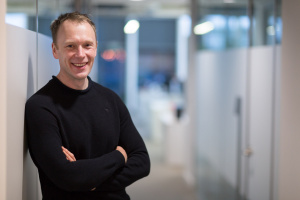 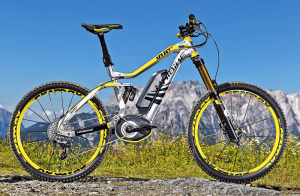 Luxury goods market enters period of slow growth, but our love for the likes of Haibike has yet to follow suite