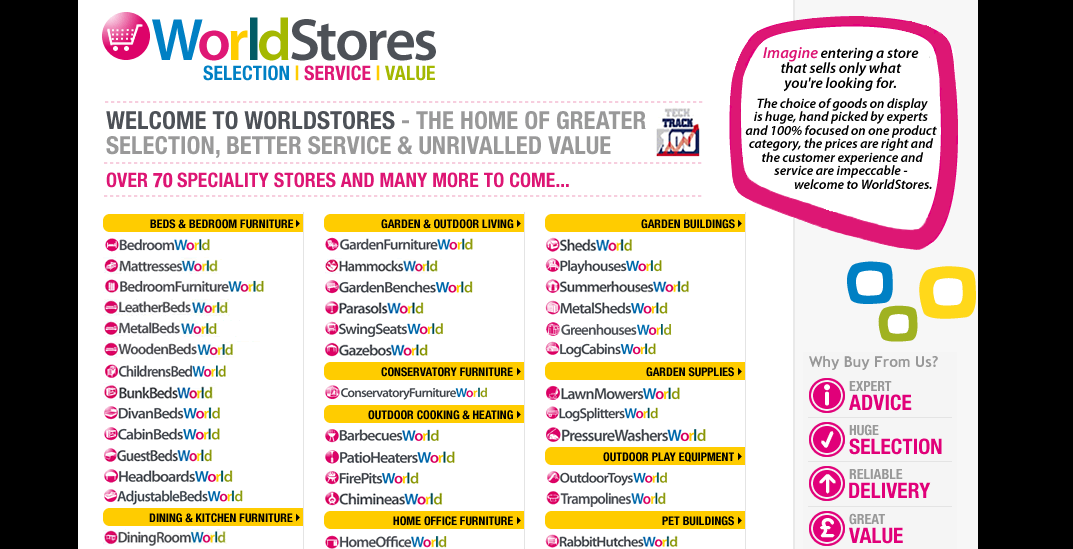 Twickenham-based WorldStores was set up by Murray and Tucker in 2003. It owns and operates 77 specialist websites, such as iWorld.co.uk, which claims to be one of the world?s largest iPod accessory stores, and Officesupermarket co.uk, an office furniture website. The pair say their starting point was Google. “We looked though thousands of different keyword searches and spent two years analysing the data to find categories that have a large volume of searches that don’t really deliver a satisfactory result,” explains Murray.

The company sells around 175,000 different products. Its biggest selling point is speed ? seven out of ten items are available on next-day delivery. Murray and Tucker came up with the idea for the company after selling another dotcom business, Atmyside.com, which provided instant technical support to struggling PC users. Sales will reach ?40m this year and the company, which employs 100 people, is planning a pilot venture into Germany. Following the funding round, Mike Chalfen, general partner at Advent, will join the board of WorldStores, alongside Mark Evans, partner at Balderton Capital (which has also put money into Betfair, Wonga and LoveFilm). The backing comes as high street retailers are suffering in the UK. WorldStores, meanwhile, expects 2011 to be a record year for sales ? its third successive growth year. Read more from our sister title Real Deals.