According to findings from Sage, some 73 per cent of Irish business leaders are happy being self-employed entrepreneurs and would not change that career path.

However, despite the love of what they do, Irish business leaders still have worries that keep them awake at night. The five key worries giving them restless nights are rivals for 44 per cent, taxation for 34 per cent, cash flow for 32 per cent, staff retention for 24 per cent and, you guessed it, Brexit for an additional 24 per cent.

According to Sage EVP for Northern Europe, Jacqueline De Rojas: “Today’s event is about giving Ireland’s businesses a voice. Small businesses are the innovators; the engine room of Ireland’s economy.”

Taoiseach Enda Kenny was present at the event, during which he noted the importance of listening to Irish business leaders in order to “hear their anxieties and concerns”.

A key problem he highlighted is one of awareness, in that the government has some 170 programmes open to small businesses, yet most are unaware of them. And with uncertainty surrounding Brexit and Donald Trump named president, he noted there will be challenges, but added:

Catch some more of his comments on the RB Twitter page.

Further discussing what keeps Irish business leaders awake, Jerry Kennelly, founder of image library Stockbyte, claimed the issue is around skills. “To me, jobs are the outcome of an entrepreneurial venture. It’s people and their skills that allow you to compete. But there’s a big gap about what happens in the real world and education,” he said.

Dublin commissioner for startups, Niamh Bushnell, agreed talent is a problem: “Talent is a huge issue here. We need to be a place where we have deep expertise and we need to tell the world more about the expertise we do have, so we can continue building scaling businesses that can scale out of Ireland.”

With that global scale for Irish business leaders in mind, PwC partner John Dunne, said: “They have to look at new markets. The default has been go to the UK because they speak English. A lot of companies wouldn’t have gone beyond the UK until now, because they have to.”

Bushnell continued on her theme of promoting Ireland as a dream business hub and said there is a culture in the country that gives it a strong national identity, even though it has had to sit back without any control over Brexit or the US election.

“People need to know they can have a good quality of life here. There’s accommodation, international people – it’s a real melting pot and a diverse city. The main challenge for startups in terms of recruiting, most people are attracted to London. But with all the UK uncertainty, there’s no reason we can’t attract them.”

Kennelly suggested that Irish business leaders don’t need to rely on the government to bring about change. “Most of us have the same problems, so get together with peers to talk about one simple thing over informal coffees for an hour every Saturday morning and put heads together. Peer-to-peer mentoring is very powerful.”

Brian Crowley, the founder and CEO of TTM Healthcare, said one problem to tackle is the “unhealthy relationship with credit and payment terms”. He explained: As a community, with small scaling firms, cash is oxygen – there is a real need to get together and have respect for those who might know what’s wrong.”

The UK isn’t the only place to feel the lack of available Internet – Ireland is just as bad, and it’s discussed in full on the next page. 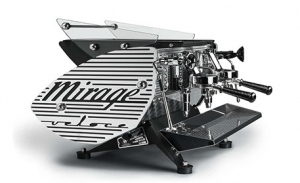 Why Morgan Motors was the right premium brand to partner with