A dangerously maze-like landscape of traditional and alternative funding has hardly helped businesses to develop and expand this year. Among them was the business bank government scheme, which promised to turn £1bn of taxpayers’ money into £10bn of funding support for SMEs – and to make funding a little bit simpler.

But there’s another type of business finance in the mix, which offers ten times the amount of the business bank – an estimated £100bn of capital, according to research by Clifton Asset Management– sourced directly through director or business owner pension funds.

A £100bn cash injection into the UK’s SME economy – a boost that could indeed transform the recessional climate. It sounds too good to be true; and why has the majority of business owners never considered it?

Around 40 per cent of business owners in the UK have funds in pension schemes, which could be immediately deployed through pension-led funding; in particular, via the business’ own Intellectual Property (IP). This type of finance has been an option since the introduction of the Finance Act in 2004 – yet, business leaders are generally unaware of – or confused by – the model.

There are a handful of prime examples for businesses successfully funded through pensions. One of them is Alago, a glove manufacturer lead by Bristol-based Tony Curtis. Curtis, who presented his heated glove patent in the popular BBC programme Dragons’ Den in 2010, and received a fire-breathing “no” from the celebrity investors.

In 2011, Curtis released £27,000 of his total pension by way of a self-invested loan. The loan was secured through a general debenture but, crucially, from a collateral perspective, a portion of the company’s IP (the pending UK patent) was independently valued to supplement the business’ balance sheet. This facilitated the loan. Alago’s turnover is expected to hit £200,000 in its first year of trading – and was awarded the 2012 Guardian “Startup company of the Year” award.

A sophisticated form of commercial finance, pension-led funding is a serious option for boosting business growth – not just for startups. It is only applicable to pensions owned by business owners, directors and senior executives, and is protected from creditors, since the business’ IP is held within a pension environment.

However, the main issue with implementing IP-based pension-led funding is an inability to obtain a formal valuation on a company’s IP. Once implemented, it can suffer if the IP needs to be sold. It can also make selling a business unnecessarily complex, relating to the IP’s value and its relationship between the business and the pension scheme.

Pension-led led funding is hardly advisable as a sole source of funding – but it is valuable as a complementary one.

According to Clifton Asset Management’s research, pension-led funding will become a better solution for the most credit-starved SMEs across the UK economy than the business bank.

“We welcome the launch of the business bank, and actually feel that it could be quite effective for large companies as it is based on the German state-backed bank, KfW, which has proved very effective at providing finance to growing German companies,” said Adam Tavener, chairman of Clifton Asset Management.

He continues to say that the banking sector should work with alternative funding providers to increase the number of loans made to SMEs. “Recent research has suggested that tighter capital rules are restricting the volume of bank loans made to SMEs, but if banks work in collaboration with other lenders, businesses can receive their required level of funding, and the banks will get more of their loans away.” 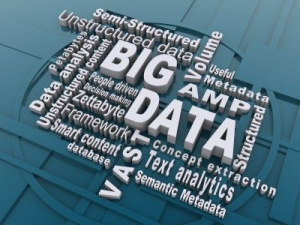 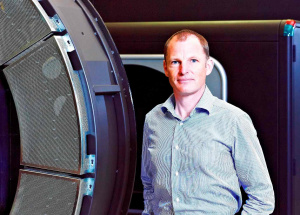