Plans are for the move to happen “in our lifetime”, with the Heart of Gold, a tribute to The Hitchhikers Guide to the Galaxy, being the first “ship” to lead the way. But are we as ready for a Mars lifestyle as those on the big screen seem to be?

NASA has us covered, having already selected six companies to create deep space habitat prototypes. And space-thinking is rife in the science world, with artificial leaves designed to take care of themselves in a harsh environment already on the horizon.

So living and eating on Mars shouldn’t be our primary concern, researchers claim, and we’ll likely adapt by becoming a separate species anyway. Our bones will thicken due to low gravity and, according to Rice University biologist Scott Soloman, our skin will darken thanks to the type of food we could grow on the planet.

A change in mindset will also likely follow, and you’ve got to wonder what that means for business. Years down the line will we be collecting “past Earth junk” as it is deemed in the movie Titan A.E, or will we have rebranded and diversified our products for space? Will we still be moving between the Earth and Mars in a spacecraft or will we have scaled subways/elevators a la Total Recall style?

Many companies have already started to think ahead of the curve. Take Pizza Hut, for example, which delivered goodies to the team living on the International Space Station. Pepperoni was allegedly removed from the list of toppings as it wouldn’t last the distance, and the pizza’s size had to be reduced so as to fit on the ship’s oven. Prior to that it was vacuum-sealed.

While it may have been a marketing stunt, it brings to mind the issues companies could have catering to customers on more than one planet. Products used on Earth probably won’t be easy to use on Mars, and nostalgia aside, packaging may make less sense.

One things for sure, marketers are the first off the starting block. Who can forget the Red Bull dive from space? According to Will Hughes in an article on marketing in space, much innovation happened at the start of the space race, and the same will happen now: “The general style and messaging of brands made use of space travel to draw focus on the high-tech elements of the product or service.”

He added: “The campaigns were tied up with the hope and ambition visible in the science fiction and media of the time. TV shows like The Jetsons and Lost in Space encapsulated this hope. Therefore, talking about space in the 50s and 60s encouraged people to think optimistically about the future.”

This possible future has also been embraced by Company Address, which told Real Business it would name itself Olympus Mon if it were to operate from Mars. It even has a promo copy in mind. We just had to share!

“Is your business looking for an address that’s out of this world? Company Address is a leading provider of address services for businesses of all sizes. In our latest offer, you could have a prestigious address in the heart of Olympus Mons!

“If the solar system’s biggest known volcano isn’t right for your business, our office on the edge of the spectacular Valles Marineris could be perfect, overlooking the enormous valley.

“And if you want something with a link Earth, how about our Gale Crater address? The crater was where the Curiosity rover first touched down and has remained a key site of human interest ever since.

“Choosing an office address is all about giving customers the best impression of your startup or growing business’s professionalism and quality. Our Martian addresses are not just placed in Mars’ most prestigious locations, they also show your customers that your business is bold and adventurous – a company that they should be excited to get involved with.” 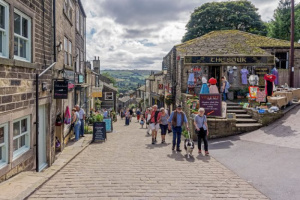