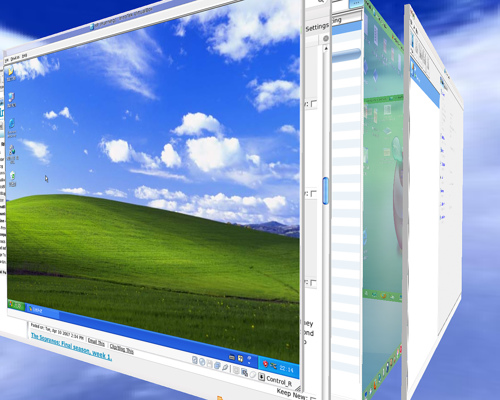 According to the report, 90 per cent of ITDMs believe that the pace of change in IT is accelerating, and that this presents a significant challenge. In fact, 72 per cent find the pace of change in IT ?unsettling?. A shocking 93 per cent also agree that, in the new IT environment, a flexible IT infrastructure is key to their organisation?s success, with 79 per cent believing that IT departments that don?t adapt risk demise. When asked what types of projects were driving this need for business agility, 65 per cent stated big data projects, 50 per cent mention cloud services, 44 per cent compliance-related projects and 41 per cent BYOD.  In terms of how ITDMs perceived that users would drive change, 51 per cent cited the desire for remote working as a major driver, 43 per cent a desire for productivity gains, and 24 per cent the desire amongst users for consumer-like environments. Over half of UK ITDMs perceive that the IT department will follow a centralised shared services approach within the next three years, with 17 per cent envisioning a decentralised function with each business unit supporting its own IT function. Perhaps most interestingly, 69 per cent of IT decision makers believe that the role of the CIO may fundamentally change or be eradicated in favour of a different kind of role in the next five years. ?The death knell of Windows XP probably marks the last great ?monolithic? migration event,? commented Adrian Foxall, CEO of Camwood. ?The near future, as most ITDMs recognise, is basically going to be an accelerated version of what we?ve seen in the last couple of years. The new norm will be constant, successive change, due to ever-closer OS releases, and rapidly changing IT strategies and delivery methods. IT departments must be quick to react to this brave new world. Those who fail will rapidly fall by the wayside.? Image source By Shan? Schutte