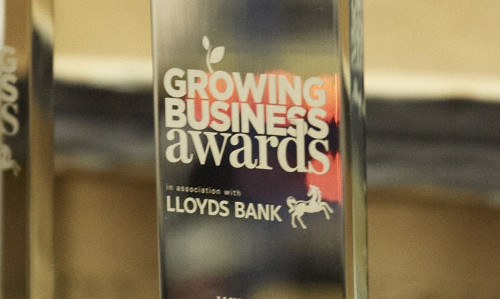 The awards, supported by the CBI and in association with Lloyds Bank, celebrate the very best of British business and the entrepreneurs that power some of the fastest-growing UK companies.

The standout individual on the evening was Peter Digby, who has been with Xtrac for 28 years and oversaw a management buy-out in 1997. Berkshire-based Xtrac has become a market leader in the supply of engine transmissions, carving out an enviable position and supplying motor sport classes ranging from Moto GP to Formula 1.

Away from its UK centre of operations, Xtrac has deign and logistics centres in North Carolina and Indianapolis ? the latter of which is home to the Indy 500 motor race and a grid of cars that all use the company?s gearbox.

Younger counterpart Simon Mellin, co-founder of Roaming Roosters, picked up Young Entrepreneur of the Year for his work in building a butchers, bistro and farm shop enterprise. The business builder also founded Grass Roots, a venture which allows retail partners to sell meat under their own brand name.

The collective 63-strong shortlist, making up 12 awards, generated a total revenue of ?935m and are staffed by 11,758 employees. Further analysis showed that 69 per cent are based outside of London, demonstrating how enterprising business is away from the capital bubble.

The three company of the year awards were broken down into turnover brackets. The Growing Business of the Year: Smaller Company prize (turnover less than ?25m went to LION Trackhire, a company that provides portable roadways for use on difficult terrain. The company is ranked among the UK?s fastest-growing businesses and turnover and profits continue to grow at a steady pace.

Growing Business of the Year: Mid-Sized Company (turnover between ?25m and ?50m) saw PVCu product designer and manufacturer HL Plastics lauded. The 40 year-old firm has seen turnover grow from ?12m in 2008 to ?46m in 2013 on the back of the launch of its Liniar-branded window range

First Utility, an energy company challenging the big six suppliers, was named Growing Business of the Year: Large Company (turnover of ?50m and more). Currently holding on to a 2 per cent market share, turnover hit ?282m in 2013 alongside tenfold growth of customers to 550,000.

Commenting on the achievements of First Utility, the judging panel said: ?This company could potentially be one of the fastest to reach ?1bn revenue in the UK. It is highly disruptive and has incredible growth figures.?

In a year when exporting has dominated business discussion, turbine service Alba Power won Export Champion of the Year. Since setting up a subsidiary in Texas, turnover from exporting has grown from 37 per cent to 51 per cent by selling into 16 nations.

As part of winning Young Company of the Year, an award sponsored by Citro?n, independent children’s publisher Nosy Crow and MD Kate Wilson company secured use of a Citro?n C4 Cactus for a year.

Innovator of the Year ? Plumis

Brand Builder of the Year ? Hamilton and Hare

The ?Made in Britain Award? ? Steelite International

The full shortlist can be found on the Growing Business Awards website.