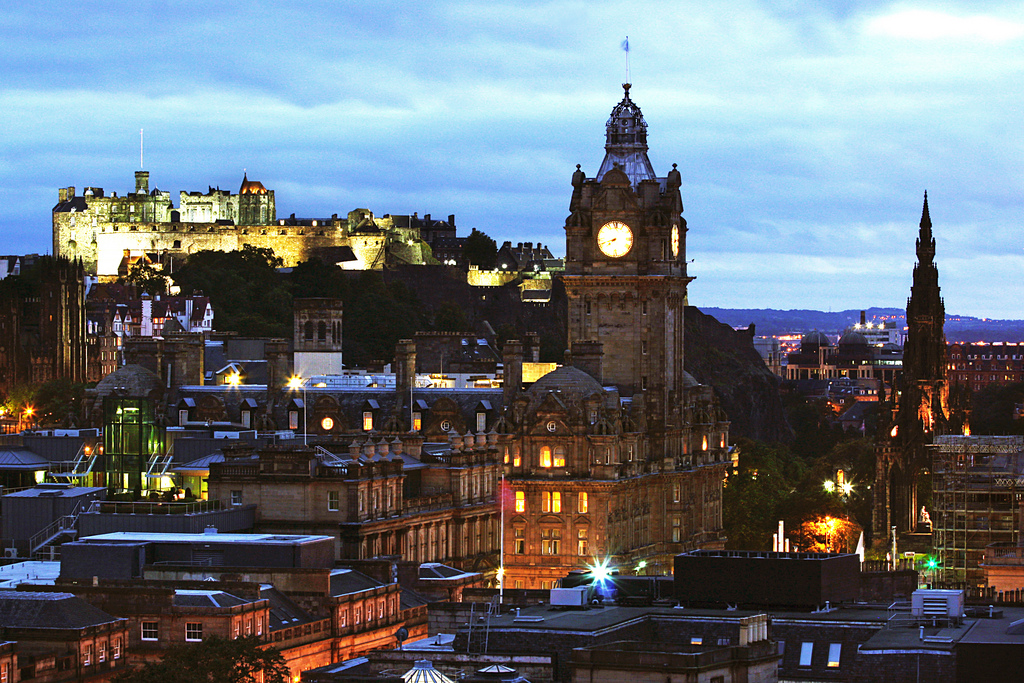 What?s not in doubt is that the political, cultural and commercial landscape in the UK has changed in recent years, fuelled both by globalisation and the bewildering pace of technological development.

Commercially, we now live in an interdependent world where the concept of the nation state is itself being reinvented. In a 24/7 connected world, the internet has largely made national borders irrelevant, empowering companies to sell internationally and consumers to buy internationally. We may still be proudly British or Scottish, or a mixture of both, but we also like Google, Amazon and all the mobile gadgets that make them work. Hardly surprising then that the United Nations Conference on Trade and Development and the WTO estimate that world trade in global service exports grew in 2013 by 5% to $4.7 trillion ? largely driven by computer and information services. But it?s easy to focus too much on the big picture because the great majority of companies in the UK are micro-businesses ? and if this sector isn?t working, then the economy is in real trouble. To put that into perspective, over 30,000 Scottish businesses registered with Companies House in 2013. In 2012, it was 25,500; in 2011, 24,000; in 2010, 20,700. The Federation of Small Businesses (FSB) quotes Scottish government statistics to show that small and medium-sized enterprises now account for well over 90% of all Scottish businesses and for over half of all private sector employment. If Scotland is to seriously consider voting Yes, then we must also be convinced that independence is a national and global opportunity for small companies to grow, and for entrepreneurs to create new ones. In total last year, some 526,000 UK businesses were registered with Companies House ? nearly 100,000 more than in 2011. Of those, over 136,000 start-ups were in Greater London, more than one in five of new companies, despite having one in eight of the UK?s population. In second place came Birmingham with 16,281. A report from the Centre for Cities says that London is creating ten times more private sector jobs than Edinburgh (with just over 7,000 start-ups). Glasgow saw more than 8,000 new registrations. But London?s dominance in the entrepreneurial stakes carries dangers. It?s a worry for London?s creaking infrastructure and inadequate housing market, but a nagging trend that should worry Scotland, and other parts of the UK. Simply, we need entrepreneurial spirit to be shared across the UK, because regional economic growth and prosperity generates greater local demand for goods and services. In other words, regional growth provides local opportunities for new entrepreneurs ? the very people we need to succeed for the economic prosperity of all the nations and regions of the UK. It?s why interventions by the likes of Sir Tom Hunter are so important because his mission is to see Scotland embrace entrepreneurialism with greater enthusiasm ? whether Scotland votes Yes or No, and Sir Tom hasn?t yet made up his mind either way. He points out that Scotland, on a Global Entrepreneurship Monitor compiled by Strathclyde University?s Hunter Centre for Entrepreneurship, lags behind the UK as a whole, but that the number of high-aspiration entrepreneurs has doubled between 2008 and 2013. While entrepreneurial activity is at an all-time high, we have some way to go to match the level of start-ups in, for example, the USA and Canada. Part of the problem seems to be Scotland?s historical reliance on old industry, primarily shipbuilding, coal and steel. The new Scotland has had to adapt to the demise of those few giant employers, but their cultural and social echoes still live on. Compared with the rest of the UK, we want to leave education and get a job ? creating our own company remains a second best for many. But things are changing. The Curriculum for Excellence is building the world of work into the curriculum, and colleges of further and higher education are focusing more on enterprise as an engine of growth, and a key driver of innovation, particularly technological development. On that level it?s about the concept of creative destruction popularised by the Austro-American economist Joseph Schumpeter which is the ?process of industrial mutation that incessantly revolutionizes the economic structure from within, incessantly destroying the old one, incessantly creating a new one.” Put simply, the new world economies are being driven by ever-changing technologies. Adapt, innovate or die has never been so apposite. Yes or No, Scotland the Brand is attracting worldwide coverage, and from salmon to whisky, golf to haggis, our reputation for product quality is internationally recognised. It?s something that we have to capitalise on. The future increasingly lies with entrepreneurs who can shape the new economic landscape, building new companies than can become big companies, and embed a growing spirit of entrepreneurship in Scotland. That will also take more joined up thinking from politicians, think tanks, educationalists and business leaders. While the big numbers of future economic growth will be global, the reality is that every new company starts out small, and we should celebrate small as well as big. Whatever the referendum outcome, Scotland needs entrepreneurs like never before. Charlie Laidlaw is a partner in Scottish PR agency Laidlaw Westmacott and a director of David Gray PR. Image source