Arriving on a chilly Wednesday morning, BIS/BERR/DTI was uncharacteristically buzzing. Lord Mandelson moved from reporters over to John Studzinski, the mega-investor who was hovering in the lobby, minder at his side.

Dapper, determined and with an interesting translatlantic-Welsh lilt, former banker Lord Mervyn Davies has done much to guide Britain along the edge of the abyss over the past year/18 months. The day before we met, he’d corralled 30 bank credit officers, business leaders and lobbyists into his office to talk credit conditions for Britain’s small companies. He gives loads of speeches. He is clearly properly engaged with business.

What struck me most about Davies was his exasperation. He visibly bristled when I asked whether he was disappointed in banks’ support for SMEs. “Access to finance is not an issue,” he insisted, too polite to jab with a finger. “Over 85 per cent of business applications are approved.” One banker who’d been in the previous day’s meeting confirmed to me that there’d been consensus in the room: the issue is no longer one of supply (of finance); it’s about demand. Small businesses simply do not have the confidence to invest.

There is only one response: why are you surprised?!

For all the Growth Capital Funds, export initiatives, industrial activism and interventions, the average British businessperson is still feeling bruised. This has been a brutal 18 months, in which order books have plummeted, millions of jobs have been shed and confidence has been shredded.

And, looking ahead, the only certainty is uncertainty. As the CBI says in its utterly excellent Shape of Business report, almost everything about the next decade is in flux: technology; demographics (ageing population soaring beyond 70m); trust in our political and business institutions. Why would you take a punt on a still-puny recovery when the cost of your money is only going one way – upwards? When brains bigger than mine fret about the security of sovereign debt, is it any wonder that confidence is in short supply?

No matter how well meant, exhortation alone will not shift sentiment. Britain, and its businesses, need a new vision that will reinject confidence. And to me, the big idea is the reinvention of our public services. Watch how the best community groups and church congregations mobilise to get valuable jobs done, and you’re seeing real enterprise in action. Time to let it run free… 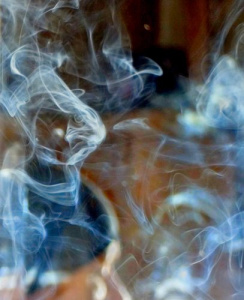 Are you a bystander business?