When Dean Tempest and his co-founders appeared on the hit TV show Dragons’ Den</em >, they were offered more than £50,000 of investment from Duncan Bannatyne for a 40% stake in their quiz game Linkee. </p >

But Team Linkee decided to turn Bannatyne down – a decision that Dean Tempest says has changed the company’s fate.</p >

“We thought investment from a BBC Dragon would be the perfect thing to help us grow Linkee and get it noticed by the big stores,” Tempest explains. </p >

“But although Duncan Bannatyne recognised Linkee’s potential, we thought his demand for 40 per cent of the company was too much and so we decided to continue going it alone.”</p >

Linkee is a crowd-sourced “shouty-outy” quiz game where you don’t win by answering the questions, but by working out what the answers all have in common (so, for example, if the answers were “John”, “Paul”, “George” and “Ringo”, the Linkee would be… The Beatles). </p >

The game was invented by Tempest and two former co-workers, Tris and Ben. Linkee had already been developed by the team when they were filmed for the Dragons’ Den TV show. </p >

Over a third of the questions have been written by people who have actually played the game, with Linkee answer creators rewarded with fame from having their names printed on their question card (potential questions/answers/Linkees for the next edition of the came can be submitted directly on Linkee’s website).</p >

“We’d come this far, plus I’d already given up my full-time job to see Linkee through to global superstardom, so why not,” says Tempest. “Duncan Bannatyne’s offer was generous but we weren’t prepared to hand over so much of our business in return for his help.”
</p >

Since turning Bannatyne down, and six months after manufacturing their first game, Linkee has entered John Lewis stores nationwide and is stocked by Hamleys, Lakeland, Beales and Firebox.com.
</p >

Tempest says it was the right choice: “Linkee proves that you don’t necessarily need a Dragon to succeed when you have an outstanding game. Even though none of us are from the toy industry, we’re managing to make it a massive success without the backing of a Dragon.”</p > 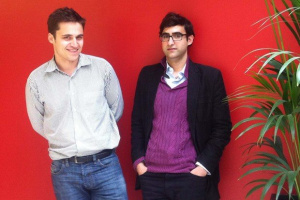 Government kicks off investment in SMEs through MarketInvoice 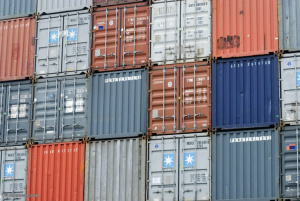