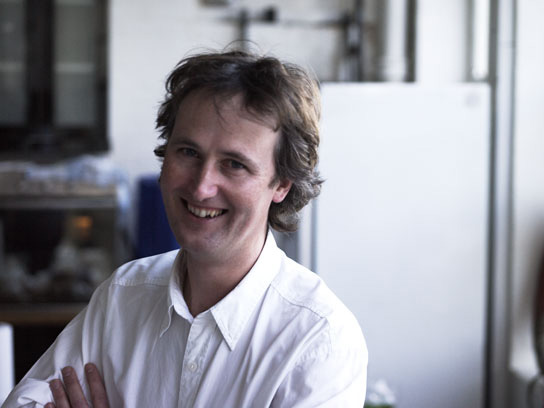 Share via
Many entrepreneurs seek angel investors right from the get-go and that certainly makes sense for some businesses. An investor brings with them not just cash to accelerate growth but often a wealth of experience which can help you avoid the mistakes that many will make in the early weeks and months. On the flip-side it also means giving up some control over the business’s direction. Charlie Bigham, founder of his eponymous convenience meal range, set out in business determined to do things his own way. “Running your own business is a great thing to do,” he tells me. “It’s obviously easy for me to say that now because I’ve been doing it for a while and it’s gone reasonably well, but that my starting point – I didn’t want to work for other people.” Back in 1996 he launched the company, which makes high quality upmarket ready meals, using his own savings. “In the early stages of starting a business, I think you have a choice about how you do it, and it’s a pretty binary choice,” he says. “You can either find some other people’s money and try to start up from a good solid base, in terms of funding, resources and people and go from there. And many fantastic businesses start like that – but what that does mean is that ownership is diluted from the off. Or you can do it the way I did it.” Almost twenty years later the company, which employs more than 200 people and has a turnover of over £20m, he has still not taken on equity funding. “I thought, I want it to be my business. I don’t want to involve external people,” he says. “I’ll learn from my mistakes as I go. I’ll beg, borrow – although not steal. Live a little hand-to-mouth for a while and do it the hard graft way. “Which does mean things move a little more slowly – especially in the early years. But I also think it’s great because you really learn from the bottom about what running a business is all about. “That stands me in great stead today. I’ve got a fantastic team of people who I work with, but at some point along the way I’ve done every single one of their jobs and I find that really useful.” Though he has maintained ownership of the company, Bigham brought on a new person to take over the role as CEO. He continues to play a key role in the company and says he’s deeply involved with recipe development, maintaining the business’s culture and building the team and is chairman of the board – but says he doesn’t like job titles. “I have a great guy, Tom, and he does have a job title,” he says. “He runs the business day-to-day and he does a much better job than I ever did.” He says that handing over control is a hard thing to do but is sometimes, though not always, in the best interest of the business. “In my life I come across a lot of people who set up their own businesses and I always bang the drum saying ‘just hand it over to someone else,’” he says. “You might have a couple of false starts but it does mean you will end up with a better business.” Related: There is more to life than equity