Half a century’s passed, yet the Risk and Responsibility discussion featuring the late, great ad industry veteran David Bernstein is just as relevant as it was in the 60s. The piece covered how the basic principles of advertising, of launching new products and services, were nothing without risk-taking by both brand and agency. That remains the same in 2018, if not more so.

There’s a portion of the film where Bernstein, alongside fellow adland hero Jeremy Bullmore, play some typical, tip-toeing, risk-averse business leaders. They make suggestions and humorously fudge up David Ogilvy’s famous The Man in the Hathaway shirt print ad, eliminating any sense of danger, mystique, intrigue. It’s a great piece of comedy but also cardinal – Ogilvy’s ad for shirt brand CF Hathaway is immortalised because he decided to take risks.

The ad features a well-dressed gent, clad in – you guessed it – a Hathaway shirt, standing against a luxurious background; on a whim, Ogilvy decided to place an eyepatch on the model. As a product, the shirts were pretty normal, but with the added eye-patch, the campaign stood out amongst competitors. The shirts sold out within a week of the ad going live.

Nowadays, you just can’t afford to not think like Bernstein and Bullmore in that Risk and Responsibility skit, even for a second. It doesn’t matter if you’re pushing something genuinely interesting – you can’t be tame. You have to take a risk, otherwise you’ll get lost. Over three fifths of us can’t even recall a stand-out launch from the past 12 months.

That’s an incredible revelation, especially given the fact that we’re targeted via print, social, OOH, TV, radio and countless other mediums. Marketing departments are shouting at a wall and listening to the reverberation of their own frustration.

Modern day businesses need to launch with that same risk as Ogilvy’s eyepatch-toting man of mystery. Because in the UK, there’s a lot to compete with. If you don’t take risks, you’ll be forgotten. Simple. This problem doesn’t even rely that heavily on actual quality – for example, the UK public remembers Apple launches the most. Not because they’re the boldest, the most creative, or indeed the best.

They stick in the mind because they’re the biggest. They’re omnipresent. Those massive keynote events are like Jesus rocking up and throwing a party. A party where facial recognition doesn’t work, but a party nonetheless. Everything else passes by because it’s not bold enough, not risky enough. It’s just there.

At Five by Five, we get into the nitty gritty of what each specific campaign offers to its audience, rather than just act as a glorified platform for the business. We take the initial appeal that makes something like The Man in the Hathaway shirt so attractive, and kit it out for the long run, to give it even more chance of surviving in 2018’s launch wilderness.

Launches often end up careering into the ground because they’ve used a trend as a trampoline with nowhere to land. It’s all too easy to take risks based on greed – so many new launches have banked on influencers and celebrities with the hope that they’ll instantly skyrocket. Only seven per cent of us actually recognise a launch after seeing it mentioned by a celebrity or influencer, so leaning your campaign on this one small facet is misguided at best.

Take a risk when launching into a specific market. If celebrities aren’t the way, then what else do you have? How can you frame your business’ new product or service in a unique way, in a manner that’s both unconventional yet effective? Influencers and celebrities don’t have the appeal and authority that they once did, especially now influencers must disclose when their content is  sponsored.

The problem with influencers and celebrities is that they’re easy to use as a blanket marketing strategy, rather than giving thought to what people actually want. And that’s the key. A great launch must be beneficial to both your business and more importantly your consumer. That can’t happen without proper insight and a clear, concise message to potential customers.

That doesn’t sound very risky, and it’s not. Before you go out and put an eyepatch on everyone involved in your launch, lay your foundations. Be rigorous in your preparation, then you’ll have the foundations to experiment and take risks other launches just can’t. Don’t risk being invisible. 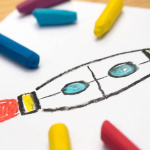 Before, brands could spend months or even years developing a new product. But with consumer behaviour and demand changing faster than ever, time is no longer a luxury.

British business owners face a plethora of new challenges in 2018