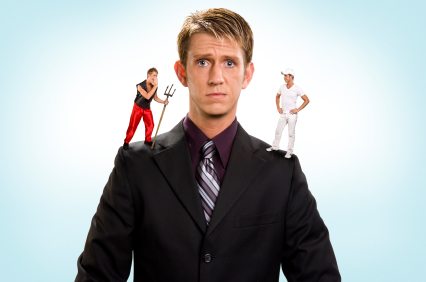 Oscar Wilde’s famous quote, “You may as well be yourself, everyone else has been taken,” is one of my all-time favourites.

Through many years of working in corporate finance, a world filled with bullsh*t and fakery, I have made a supreme effort not to be sucked into the charade filled with archetypal, red-braced, antler-waggling charlatans. Seems harsh” Perhaps, but after 25 years in the business my eyes are wide open, even with a brush of mascara on them. Corporate finance has long been a man’s world. I know of only a handful of women at the top in this career. It’s a very tough field; there is no doubt about it. Negotiations are hard and ruthless, tempers flare, and personal insults are flung across the room and the ether. It’s difficult not to take it personally, indeed, quite often a personal attack is a well-used method of disarming the other side. That isn’t to say that women are sensitive souls, but many years of experience have demonstrated that a woman seeks a mutual win, whereas the other sex tends to take a more one-sided approach.  Posturing in negotiations is something of a must-do in certain quarters, and largely an accepted fact. But fakery and rudeness are – in my world, at least – childish, unnecessary, and show a lack of confidence by the perpetrator. Coming, as I do, from Yorkshire, we do of course have a reputation for straight-talking and being proud of that, but I would hope I would never be rude. Indeed, I have three particular values that have served me well throughout my life: be kind, stay positive, and work hard. These have undoubtedly seen me through some fairly tough times, and have helped me build a great business. The many times have I heard clients, friends and colleagues say to me, ?What we really like about you Jo is how straight-forward you are, how honest and natural you are with no airs and graces. My response has to be, ?Well, how else would I be ? It’s much easier be yourself, anyway. Keeping up a charade is jolly hard work. Although I’m no reality programme junkie, you only have to watch a few minutes of Celebrity Big Brother to see that keeping up a facade becomes increasingly difficult and the real you is rapidly exposed, particularly under pressure. It’s also much easier to be nice; getting angry is very hard work, and maintaining such a position is exhausting and bad for your health. Experience also tells me you can achieve so much more by being positive and charming. Try using this approach next time you have to make any sort of general complaint, and I guarantee you will have a much better response than you would when losing your temper. I have never been one to conform to a stereotypical position but that doesn’t mean I set out my differentiators by creating a fake persona. Rather, I have emphasised those elements that make up who I am, which perhaps are not always the norm. For me that includes my corporate branding (pink and black), and, wow, have I had a lot of stick about the pink. But hey, it’s my favourite colour! I also don’t go for the suited and booted corporate dress synonymous with many in myprofession. I dress like a woman in clothes I feel good in. As Coco Chanel famously said, ?Wear the right dress and they notice the woman, wear the wrong one and they notice the frock. If this appears to suggest I am some sort of softie, then let me enlighten you: I am as tough a negotiator as the next person. I have sold over 300 companies, have been business woman of the year, and IoD advisor of the year, twice. I am a bestselling author of four business books, and have just written my fifth book, called “Beat your way to the board room and stay there”. I have also been commissioned to write a sixth book, called “Bad to fab” about business mistakes which happen to turn out rather positive. What I am not is insensitive, cruel or ruthless. I genuinely care about my staff and my clients. No, I don’t have a customer care policy. We don’t need one. It’s a way of life for us.  It takes nothing to say “thank you” and means so much. With real care and concern, it engenders loyalty in staff and builds a reputation which in turns creates more great business. And you know what, it’s really all very good fun! Jo Haigh is head of FDS corporate finance services and the author of “The Financial Times Guide to Finance for Non Financial Managers.”