The BBC’s Young Apprentice was back on our screens this week for a second series (last year it was called Junior Apprentice – it’s exactly the same format). Young Apprentice will see 12 candidates, aged 16 and 17 compete for a £25,000 fund that can be used to kick-start their business career. Read about the candidates here.

With the kids still at school, Lord Sugar met the Young Apprentice candidates for the first time in the boardroom, to give them a stern introduction into the competition: “Don’t try and pretend you know it all, because it will be embarrassing.” The group managed a smile but there was tension in the room from the beginning. A cracking start!

The first task of the opening show of Young Apprentice was to make a new range of frozen treats, ice creams, sorbets and frozen yogurts and then sell them directly to the public. The team with the largest profit would then win. For week one, teams were split into boys versus girls.

Both teams decided on a team name and picked a project manager. The boys went for Harry H as their leader and choose the team name “Atomic”, while the girls eventually choose Haley as their project manager and “Kinetic” as their team name.

The girls were quick to come up with a number of ice cream options, ultimately deciding on strawberry and marshmallow, chocolate and banana and mango and vanilla.

The boys spent more time thinking of ideas (and, let’s face it, shouting at each other) but eventually decided on cookie and marshmallow ice cream and an apple and watermelon sorbet.

The teams were then split, one half of each heading off to make the ice cream, the other to source fruit and come up with the brand identity.

The boys decided on “Shiverrrr me Timbers” as their brand; a pirate theme to encourage kids to engage with the brand. The girls, meanwhile, went for a healthy option of “Treat and Trim – treat the lips, trim the hips”.

Ensuring they had enough ice cream to sell was key, so the girls made 60 litres of ice cream, while the boys made 80 litres. To sell the goods, the boys were sent off to Southend-on-Sea and the girls pitched up at Chessington World of Adventures.

From then on, it was very quick. After half a day of selling, the boys got the genius idea of going out onto the beach to try and sell more stock. This worked pretty well. But the girls also did a good job of up selling additional items, such as sprinkles and sauce, to make the treats more expensive.

There were a few priceless moments:

Back in the boardroom, things got pretty heated as the teams bickered over who did what. Ultimately, when it came down to the figures, the boys spent £117.92 on ingredients and sold £677.17 worth of ice cream, making them a profit of £559.29. The girls spent £131 on ingredients, sold £839.34 worth of goods, therefore making a profit of £708.34. Ultimately, it was clear the boys’ selling price was wrong, and this was why the girls took the prize this week.

Decision time! Project manager Harry H decided to bring back mouthy James and little Mohamed into the boardroom. After a considerable amount of arguing whose idea it was or wasn’t, Lord Sugar had to make the call. Mohamed was Lord Sugar’s first victim, hooray!

It was a great first episode and a interesting first task. There were some very funny moments – particularly watching the guys trying to make the the ice cream and a large proportion of it going on the floor.

James was extremely annoying throughout the episode, but ultimately Lord Sugar made the right call, as Mohamed seemed to be lacking something the rest of the candidates had (other than height!).

Tune in next week! 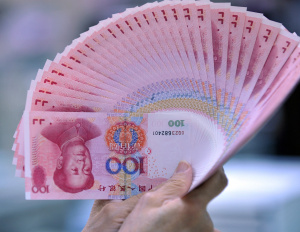 China: An endemic culture of corruption? 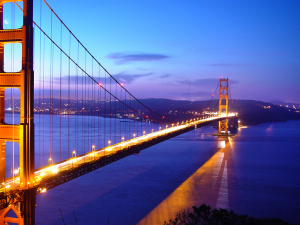