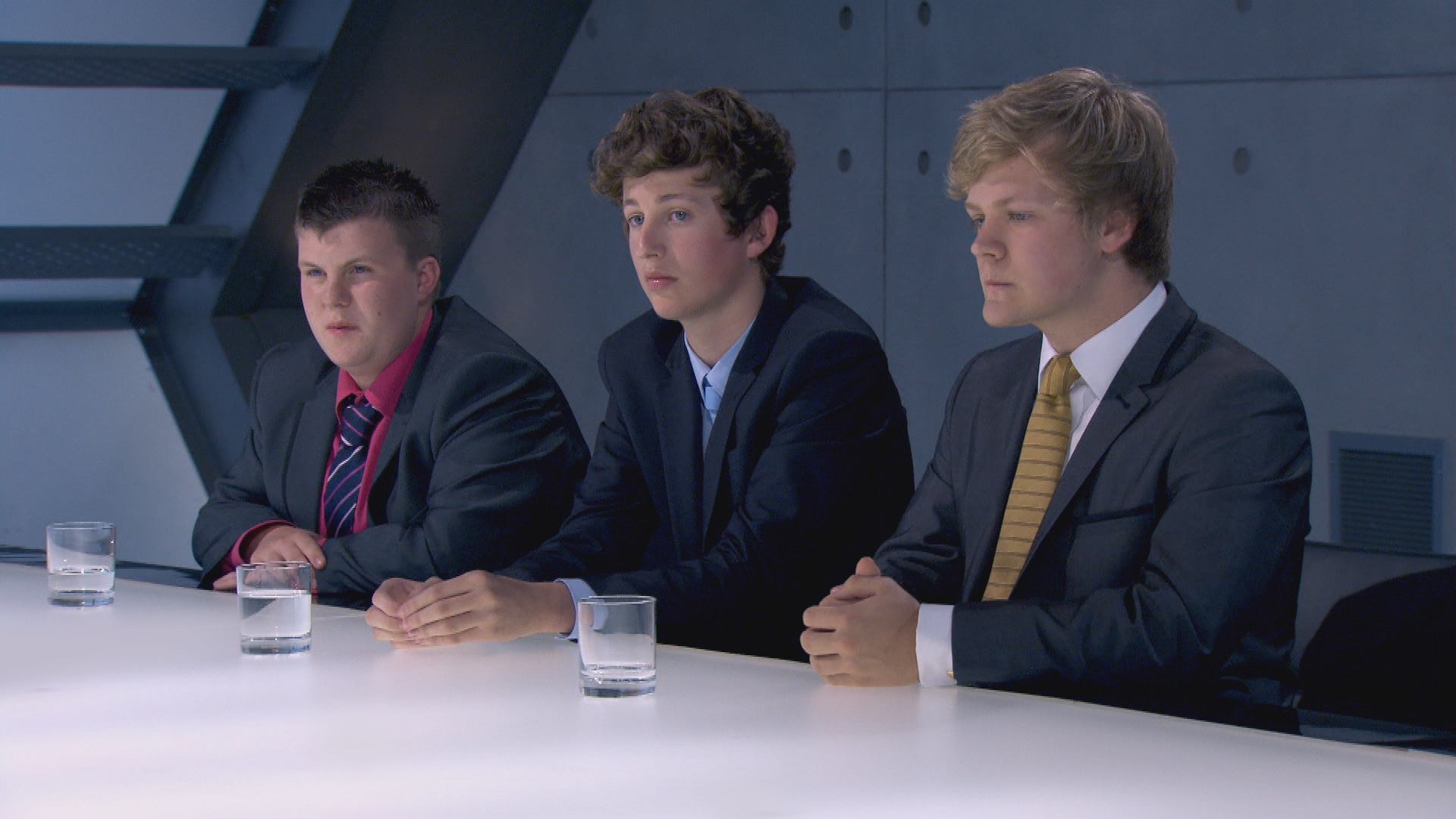 Last week on Young Apprentice, we lost little Mahamed as he tried to blag his way through the first week’s ice cream task. Failing to demonstrate his worth and contributing to the failure of the task, Lord Sugar inevitably left him out to thaw.

This week on Young Apprentice, the teams met at the Royal College of Art and Design and were given the task of creating an exciting new product for the parent and baby market. They would then pitch their product to three leading retailers, and the team that came back with the most orders would then win. Lord Sugar kept the teams as they were: boys vs girls.

The Young Apprentice boys (Atomic) choose their leader, Lewis, and quickly started brainstorming baby product ideas, including a smell-proof bag for nappies, for when parents were out and about and needed to change the baby. The Young Apprentice girls (Kinetic) picked Gbemi as their project manager, and soon bounced some ideas, including a head-support product, to support a baby’s head when feeding or being carried around.

More ideas went back and forth, but in the end they had to settle on an idea. The boys went for “Harris the Hippo”, a bottle holder that would look like a toy but would also keep milk warm; while the girls went for a cushion sling called “comfy curve”.

The first pitch for the girls, to retailer John Lewis, went particularly badly, with the panel asking the girls what the product actually did at the end of the pitch. Things didn’t go much better for the boys.

The second pitch, with JoJo Maman B?b , saw another bad attempt to pitch from Lewis and the boys, and Gbemi from the girls.

In the boardroom, Lord Sugar said the girls had made a big mistake with the models they chose. The girls highlighted how bad Gbemi’s pitching was and her poor project management skills. The boys also slagged off Lewis as their leader, with Ben highlighting that as there were a lot of big characters in the group, it had been hard for Lewis to manage.

Down to the numbers. The boys brought in an order of 1,200 units from JoJo Maman B?b , zero orders from John Lewis and 4,000 units from Mothercare.

The girls brought in no orders from JoJo Maman B?b or John Lewis, but managed to bring in 7,000 units from Mothercare, ensuring their win.

It was back to the boardroom for the boys, and Lord Sugar highlighted that Lewis should have let someone else do the pitches. After some bickering, Lewis decided to bring Harry M and Ben back into the firing line. Ben was picked on by the group as he didn’t seem to do much throughout the task and failed to take the opportunity to shine. Harry M was picked up on for being rude and failing to get on with the rest of the team. It wasn’t an easy decision for Lord Sugar, but in the end he had to send home Ben.

It’s a shame that Ben got the boot as he didn’t have much opportunity to show what he was made of. Could be his own fault, though. James was less annoying this week, but ultimately this was only due to the fact Harry M was more of a pain. Ten candidates remain.