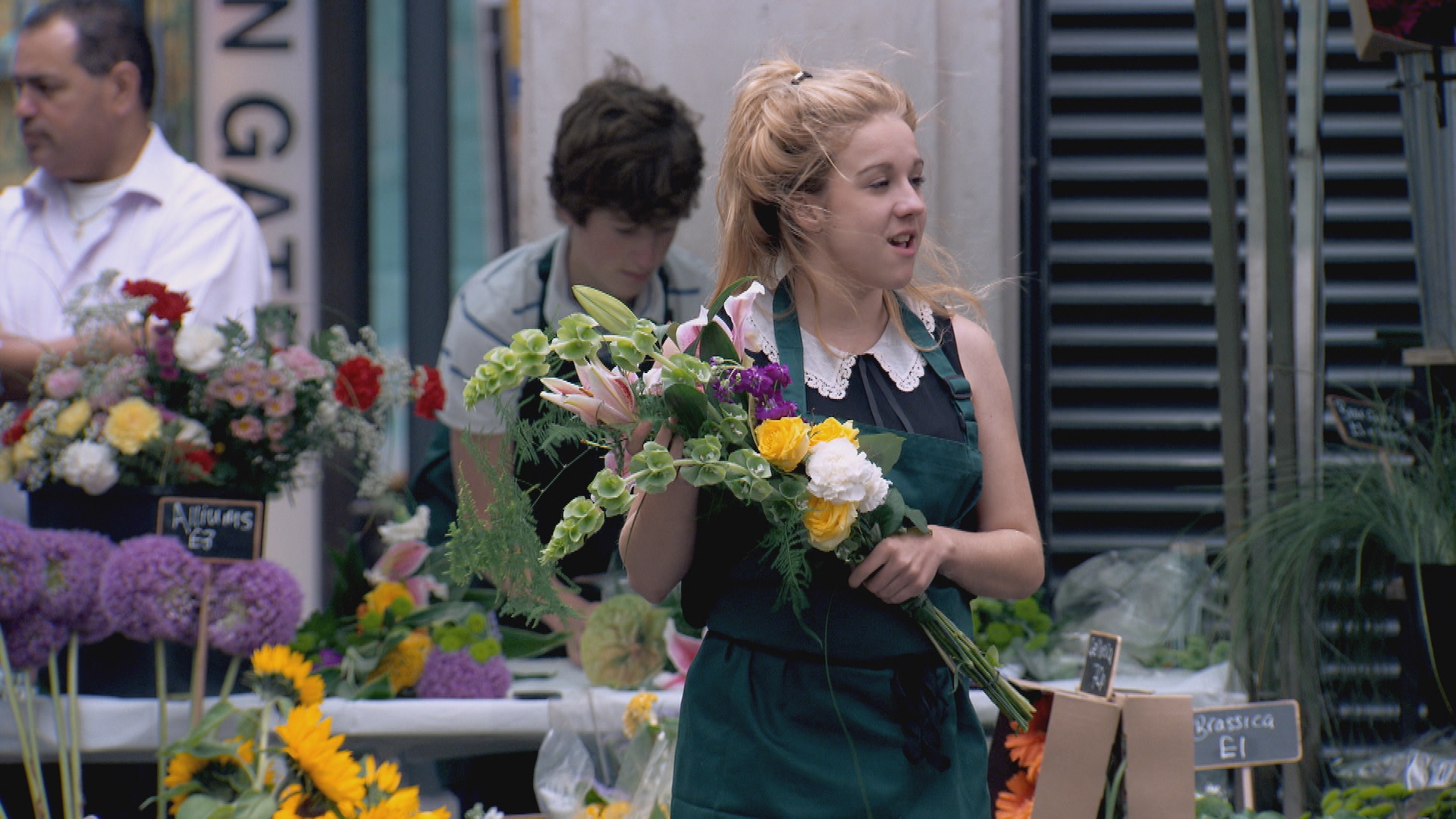 Last week on Young Apprentice, both teams got to the bottom of the lucrative toddlers market. A comfy curve sleeve saw the Young Apprentice girls secure a win ? the boys’ “Harry the Hippo” bottle warmer didn’t cut it. In the boardroom, it was Ben who got the boot, after failing to contribute much in the task.

The Young Apprentice candidates got an early morning wake up call from Lord Sugar and were tasked with making and selling flower arrangements. The two Young Apprentice teams would then sell them to the public as well as to a series of corporate companies.

Lizzie was project manager for Kinetic, now made up of Harry H, Haya, James and Hayley.

Both Young Apprentice teams received ?800 worth of stock, were given an introduction to flower arranging and sent off to make some money.

Three corporate deals, three opportunities to sell. First up, a hotel looking to dress a client event with five posies for the table and a larger piece to dress the mantle piece. Kinetic charged ?175. Atomic went slightly higher at ?200. The hotel went for Kinetic’s offer.

The next pitch was for a West End musical looking for four bouquets for their opening night production. Atomic charged ?80 for all three, Kinetic asked for ?35 per bouquet. The production company went for Atomic’s offer.

The third pitch was for a exclusive hair salon, looking for four window displays. While Atomic charged ?200, Kinetic didn’t even get the chance to make an offer, as the client said they hadn?t understood the brief at all. So with Kinetic out of the picture, Atomic got the job.

Lizzie’s team then set up shop in Westfield and Hannah’s team in Spitalfield Market to sell the rest of their stock. Atomic sold flower bunches for ?3, ?6 and ?10, and Kinetic sold for whatever they could get, generally tripling the initial cost price.

It was a tough day for our Young Apprentice teams, but they struggled to get rid of all their stock in time. With ten minutes to go, Harry M made a fantastic last minute sale for an additional ?150.

Back in the boardroom, Atomic was stumped that they lost out by only ?12 and each blamed each other for the failure of the task. Hannah brought back Harry M and Zara.

Zara was blamed for the failure of the task because she had asked the client for more than project manager Hannah had told her to quote, while Harry M was picked on for not being a team player.

But Lord Sugar wasn’t impressed, telling Hannah that she’d brought the wrong people back in to the boardroom ? and so he fired her. Boom!

Though Zara was excellent at selling to the large corporate companies, she was a little too bossy to the rest of the team. It was interesting to see the team’s reaction to Harry M’s return to the house (Lewis was so annoyed he had to leave the room).

Overall, it was a shame to see Hannah go. If she had chosen her boardroom picks differently, it may have been Lewis himself that would have said goodbye to the rest of the competition. Ah well, there’s always next week!