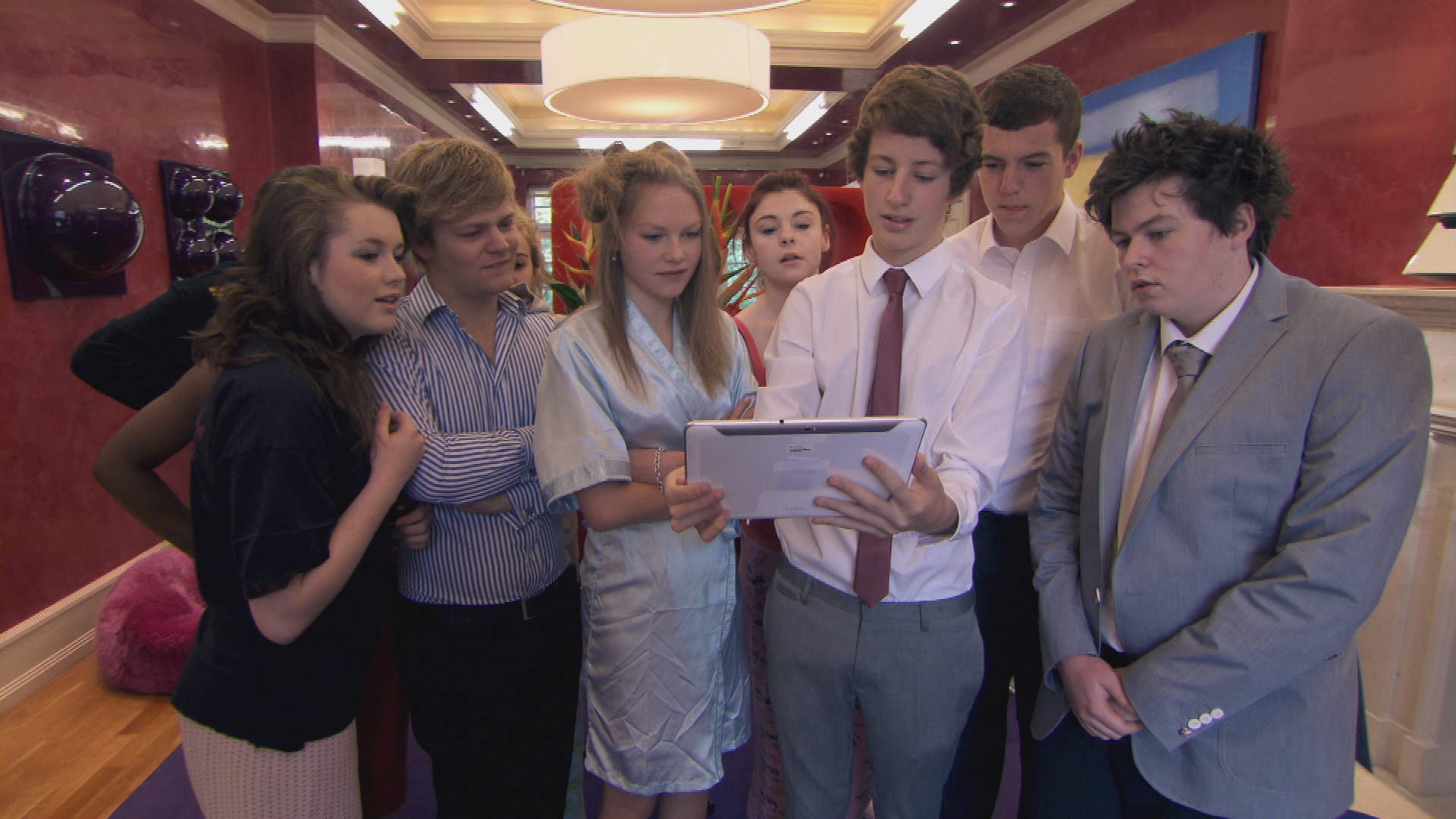 Last week on Young Apprentice, Team Atomic lost by a snip as they failed to win the flower arranging task. Their leader, Hannah, was sent home by Lord Sugar.

On Young Apprentice this week, Lord Sugar met the teams at the Natural History Museum and set the nine remaining candidates of the Young Apprentice the task of selling to the over-50s market. Each team had to select two products that they thought would appeal most to the “grey” market, and then sell them direct at an exhibition.

The Young Apprentice teams would then be judged not only on who made the most profit, but also who sold the most products. The teams were mixed up, with Haya joining Team Atomic, which already consisted of Harry M, Hayley and Lewis. Gbemi and Zara were moved to Kinetic, joining Lizzie, James and Harry H. Haya took the lead role for Atomic and James took the project manager role for Kinetic.

The two Young Apprentice teams split up to meet several suppliers across London, whose products included an electric pie maker, a mini vacuum, a camera nest box, a shopping trolly, a travel pillow and a solar charging pack.

When it came to choosing which products they wanted, Atomic went for the pie maker and camera bird box, while Kinetic opted for the shopping trolly and the mini vacuum cleaner.

The Young Apprentice teams then headed off to Kensington Olympia to sell their products. James’s team got straight to work to sell the shopping trolley, but the team struggled with the price of the vacuum cleaner as they had failed to negotiate a price they could discount to if customers asked. Haya’s team struggled to sell the pie maker in the morning, but dropped the price and they soon started to fly off the shelf.

Vacuum sales eventually picked up, with Harry H doing a great job of drawing in potential customers with his demonstrations. Harry M also made a great last-minute sale of five bird boxes for £80 each.

The ever-lucky Harry M escaped the firing line this week, as Haya chose to bring back Lewis and Hayley, who made the least sales. The atmosphere got heated as each of the candidates blamed each other for the failure of the task.

Lord Sugar had to make a decision, and ultimately blamed Haya for the the loss of the task – not only had she selected the (unsuccessful) pie maker product, but she was also present at Lewis’s awful pitch for the shopping trolly and yet did nothing. It looked like she was all set to go, but in a shock move, Lord Sugar fired Lewis!

Lewis was a bit of a bumbling buffoon at times so it’s no surprise he got the chop. Although annoying, Harry M did a great job of highlighting his fantastic selling skills this week. Next week, Hayley needs to step up her game as Lord Sugar seems to be losing interest in her, as he is unsure what she has been contributing to the tasks. Will she change things around next week? I guess we’ll just have to wait and see…