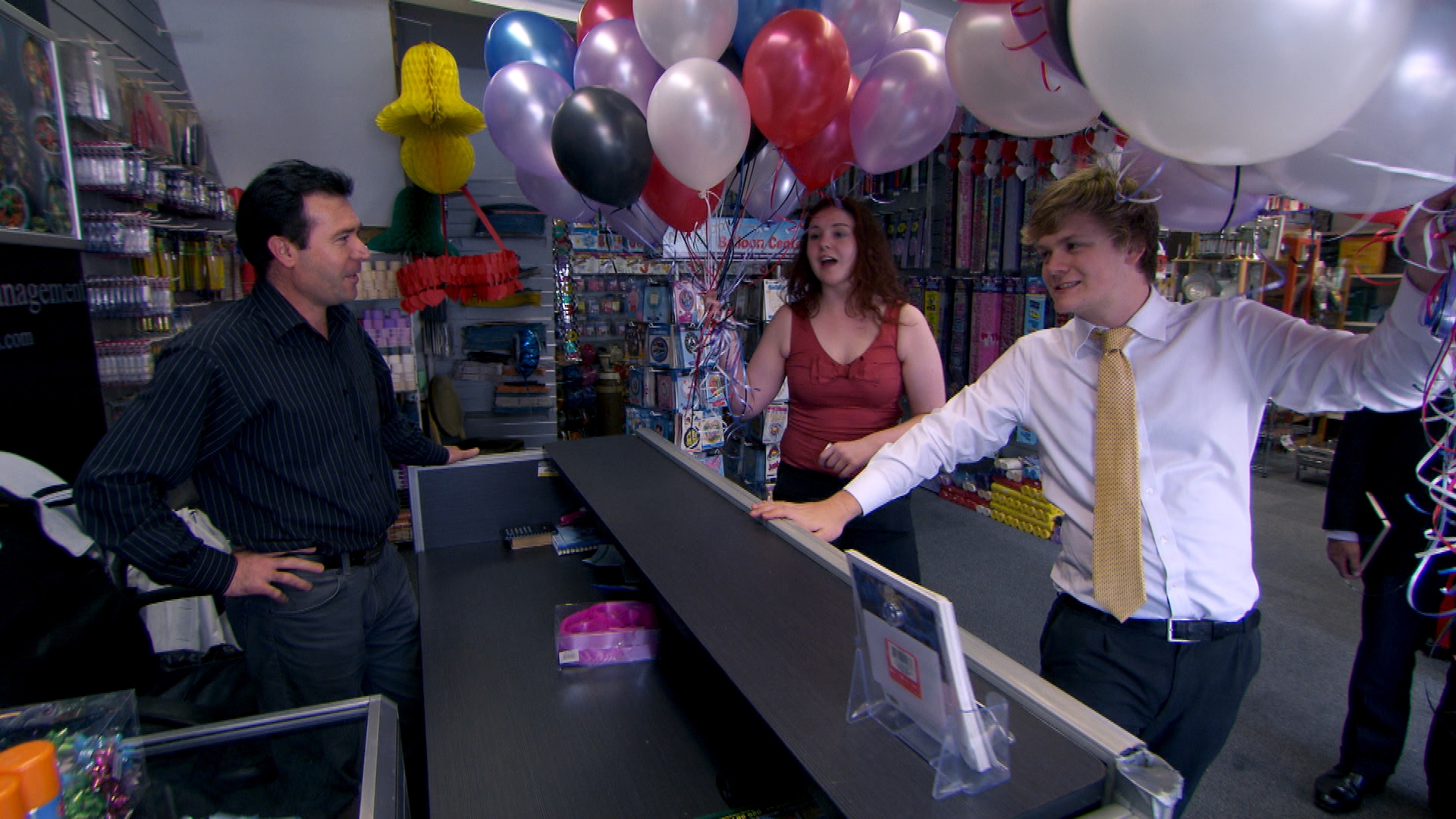 Last week, the Young Apprentice teams fought it out to be crowned the winners of the antiperspirant market. Zara enjoyed the sweet smell of success for Young Apprentice team Venture, while James, Gbemi and Harry M were left fighting it out in the boardroom. Gbemi was forced to reflect on her contribution to the failure of the task, and in a sweat became the fifth casualty of Young Apprentice.

The Young Apprentice teams met at Madame Tussaud’s and were tasked with acquiring ten objects that would be used to dress and accessorize the waxworks at the popular tourist location. The items had to look the part and cost as little as possible. Any items that they failed to source or negotiate a discount on would incur a penalty. The team that spent the least money and had the lease penalties would win the task.

Lord Sugar mixed the Young Apprentice teams once again, moving Harry M and Lizzie over to Atomic with Hayley and Zara and Harry H over to Kinetic with Haya and James.

Kinetic choose Haya as their project manager, with Lizzie taking the lead roll for Venture.

Lord Sugar banned the internet so Lizzie ensured her team got straight on the phones to find the items by calling numerous shops and wholesalers. Kinetic took a different approach and decided to go to areas in London that London girl Haya knew well.

Haya’s idea of wandering from shop to shop didn’t work too well to begin with and the lack of strategy was obvious. As Haya and James tried to source a left-handed guitar, Harry H got a lucky break and managed to pick up the stool they needed instead.

Lizzie’s team pinpointed four items they needed and hit the road to pick them up. Lizzie and Harry M had called ahead to pick up 100 helium-filled balloons that they managed to get a £10 discount on and Harry M also managed to blag £100 off a red carpet they needed, a steal at £400.

The suit they had to find for waxwork model Justin Bieber proved difficult to locate as the 34-inch chest requirement wasn’t stocked in any of the men’s shops. Luckily, Haya managed to find it at a market, however, along with a mechanical watch and a vanity case which they had on their list.

In the last minute, Lizzie and Harry M managed to find the size ten shoes they’d been searching for for Elle McPherson, and Zara and Hayley located the item that had puzzled both teams all day, a dashiki (a West African shirt to you and me).

All was revealed in the boardroom as the teams were told how much they had spent. Lord Sugar commended both teams for the discounts they managed to get, but inevitably it was down to the final numbers. Atomic had managed to find six items at a cost of £963 but had fines of £517.87. This gave them a total cost of the day of £1480.87.

Back in the boardroom, Lord Sugar wasn’t impressed that Zara tried to take the credit for Harry M’s idea and told her that “some of the prices you paid were a bit of a joke”.

Harry M managed to escape the firing line this week as Lizzie choose to take Hayley and Zara back into the boardroom. Hayley did attempted to defend herself but struggled to put up a fight against mouthy Zara.

Lord Sugar said it was a difficult decision. He couldn’t help but blame Lizzie for the failure of the task, but it was Hayley that had stayed in the shadows and therefore she had to be the one to leave.

As lovely as she seemed, we have to admit Hayley was getting a bit boring. With tougher characters still in the competition, it’s no wonder that she got the boot. Things are getting really tough now and it’s interesting to see that it’s now three girls and three guys left (coincidence..?).

This week’s task really tested the candidates’ skills to find an item and negotiate the cost, which most of them did a pretty good job of. Next week, let’s hope that Zara manages to find her wardrobe… she’s worn that same white dress in the boardroom three time in a row!