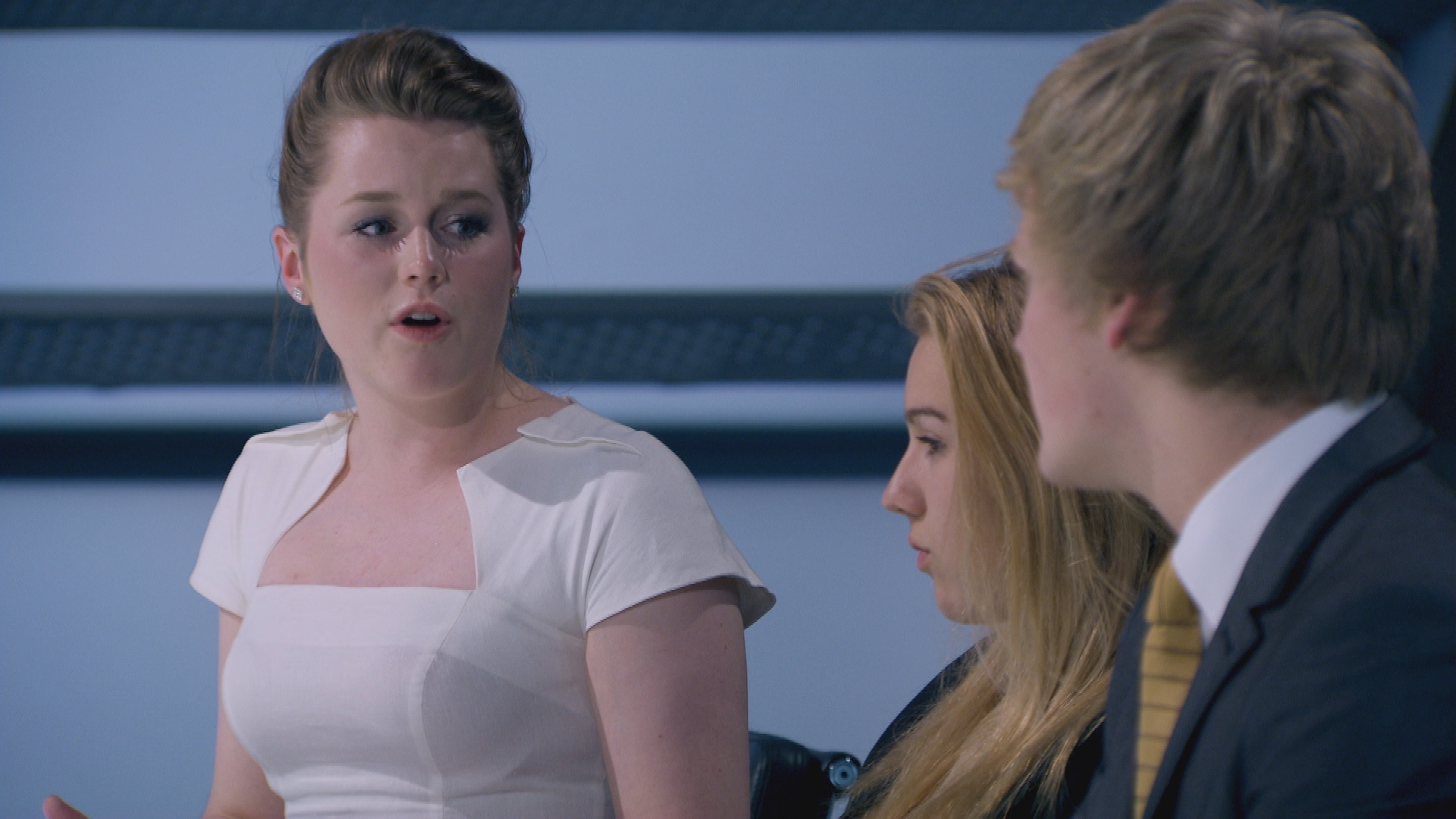 Last week saw the Young Apprentice teams chasing around London to source and buy props for popular tourist location, Madame Tussauds. The negotiation task was a steal for Haya and Team Kinetic, as they managed to find the majority of the items on the list, while things just didn’t add up for Team Atomic, seeing Hayley leaving the competition.

This week, the Young Apprentice teams were tasked with developing their own flavours of popcorn.

The good news: They had to pitch their ideas to three retailers that Lord Sugar had sourced, and the team with the most orders would win. The bad news: The losing team would all be fired and so would one of the winning team members.

Harry M, Harry H and Lizzie were placed in Young Apprentice team Atomic by Lord Sugar, who decided on Harry H as their leader. Haya, Zara and James were placed in team Kinetic, with James taking the lead role.

With a £42m popcorn market to crack, the Young Apprentice teams headed five hours north to Leeds and got to work on coming up with their popcorn concepts.

Despite groans from Harry M who had his own ideas, Harry H’s team Atomic came up with an American theme and the name “Empire State” quite quickly. Kinetic, meanwhile, soon settled on a Mediterranean theme but struggled with brand names and slogans.

At the snack factory, Lizzie was left testing out BBQ chicken and maple syrup flavoured popcorn, based on market research the two Harrys conducted at an American diner.

A taste of the sunny south, Zara mixed feta cheese with olives and chorizo and tomato to create their Mediterranean range. After struggling with the brand names the team came up with “La Popcorn” (that’s French, right?).

Down to the pitches. Zara delivered a fantastic pitch to budget airline jet2.com, who loved the concept but didn’t like the taste of the product. Lizzie’s humorous pitch went down very well, too.

Harry H pitched his American concept to a top cinema chain who liked the idea and felt it could fit well with the brand, but the last pitch to Morrisons didn’t go too well for James’ team, as the panel asked some difficult questions.

Back in the boardroom, it was anyone’s game. Two nervous-looking groups headed in to face Lord Sugar.

Lord Sugar wasn’t very impressed with the brand name “La Popcorn”, but felt that Harry M’s idea of “Smoochies” was actually quite good.

Kinetic saw the cinema chain take 5,000 units of “Chorizo and Tomato” flavour and 10,000 units of the “Olive and Feta” popcorn. The airline didn’t like the product at all so made no orders, and Morrisons liked the product so much they ordered 50,000 of each flavour, giving Kinetic an overall lead with a total of 115,000 units.

Goodbye Harry M, Harry H and Lizzie who, as the losing team, were all “fired” by Lord Sugar.

Even though Team Kinetic won, Haya, James and Zara were left to fight it out in the boardroom to see who would make it through to the final. There was bickering as the final three fought their own corner, but in the end it meant nothing as it was Lord Sugar who had to make a call.

Lord Sugar analysed that throughout the competition it had been “James’ way or no way”, Haya had never been creative enough and although Zara was one of the most eloquent speakers, he wasn’t sure if she would ever get her hands dirty in order to get the job done. Taking these factors into consideration who made it through to the final?

We would have loved to see Harry H in the final, as he’s been an excellent all rounder throughout the competition. So it’s a shame that he was on the losing team. James was particularly whiny this episode, so it’s lucky for him he managed to make it through at the end. Who’s going to win? Our money’s on Zara, but only time will tell as only two candidates now remain in the fight to become Lord Sugar’s Young Apprentice.