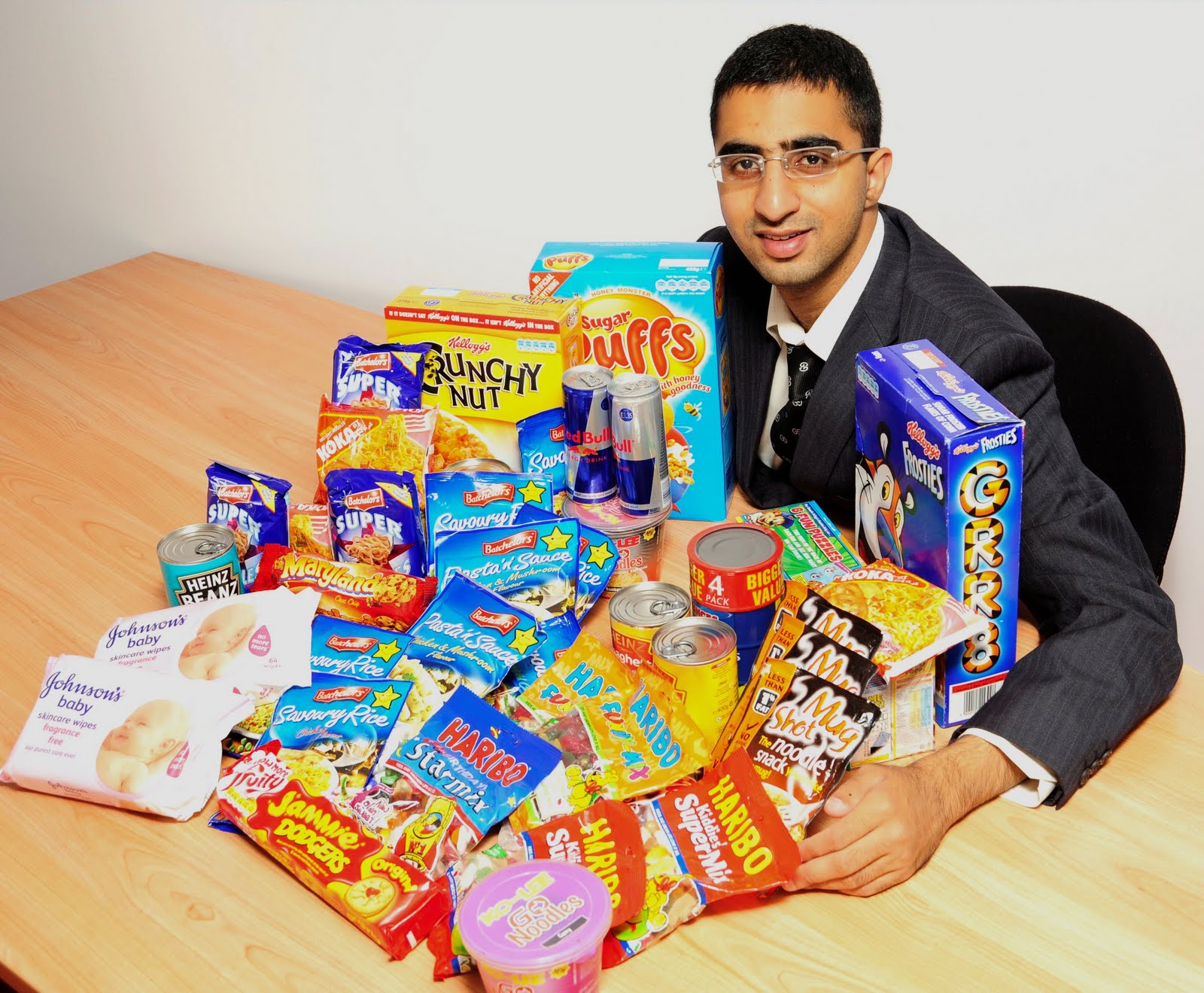 Share via
Warning: reading this might make you feel a little bit like an underachiever. These six entrepreneurs between 23 and 32 years of age have reached more than many of us are still struggling to achieve in their 40s. Could you have founded a business at age 14, or ran a £14m turnover company at 23″ Here are the six trailblazing business leaders who are competing for Young Entrepreneur of the Year 2012.

23-year-old Suleman Sacranie (pictured above) is the founder of 99pShopper.com and 99pwholesaler.com, two web platforms that offer food and drink to businesses across the UK. Sacranie’s latest project is an industry-changing comparison engine that takes the traditional cash and carry model online, allowing shopkeepers, businesses, restaurants, bars and clubs to compare the prices for the stock they need, and order directly from the cheapest suppliers. The cash and carry business itself has changed little over the past decades, making Sacranie one of the first to discover a niche. For small businesses trying to maintain margins in the face of increasing pressure from larger multipliers or restaurant chains, the time and money saved through the platforms can make the difference between sell or close down. Sacranie himself, whose father was a shop owner, was brought up in the retail industry. He was not taken seriously when he first introduced his ideas to the marketplace at only 21 years of age, but carried on nonetheless that’s an entrepreneur’s spirit, of course.

David Barker started 4D Data Centres at the age of 14, with £30, while he was still at school. Thanks to a reseller account from Fasthosts, he was able to resell web hosting along with domain names. Back then, in 1999, that meant calling clients from the school’s IT office during his lunch break. At 17, Barker left school to run his company full time. By branching out into other areas of hosting services, Barker expanded the business quickly and soon purchased his own data centre in Surrey, after an angel investment round worth £570,000. That was in 2007. Today, 4D data centres’ turnover is £2.2m. The company’s rapid growth has brought it into the Deloitte Tech Fast 500 for EMEA two years in a row. Having opened three new sites in 2012, Barker plans to open more data centres throughout South East England, and eventually, perhaps, across the world.

At only 26 years of age, Callum Bush is the managing director of MediaDevil, a phone and tablet accessory brand worth £1.3m turnover. MediaDevil is known as the best-selling brand of screen protectors and touch screen stylus products on Amazon.co.uk, and was awarded the UKTI Business Innovation Award in 2011. The business started with £3,000 and no bank loans, and is still built on profit reinvestment. Bush sill owns the company entirely, since starting it in 2008 after growing tired of bad online shopping experiences. MediaDevil’s success is, so they claim, built on great customer experience that meets and exceeds expectations. In the near future, Bush want to lead MediaDevil into new niches of the accessory market, and aims to make it a flagship UK brand.

When he was 23, Chris Li launched Luxury for Less, a multi-channel online bathroom retailer. Within six years, he has steered the company towards a turnover in excess on £14m. Li was initially approached to source and sell bathroom products on eBay, but introduced BathEmpire.com in 2009 to sell directly to the public. It is, according to Google and Hitwise, the fastest growing online bathroom retailer, with year-on-year sales growth of over 200 per cent in terms of click share. Li continued the expansion of Luxury for Less with an Amazon shop in 2010, and the trade branch of the business, Kirby Sebastian, in 2011. Kirby Sebastian designs, manufactures and supplies its own products, as well as delivering to over 350 shops and merchants in the Midlands alone. Li has secured over £1m of bank funding over five years, and is set to keep the growth of this high-potential business steady over the next years.

With her company Playmob, Jude Ower took on the challenge of taking the $15bn spent on virtual goods in gaming and give it back to social causes. The model is making a big impact on charities but it makes good business sense, too. Games using the Playmob platform can see their players’ spend increase by 300 per cent. It even converts many non-paying gamers into spenders. In the model, a 50 per cent of each item sold goes to charity, leaving 30 per cent for the game developer and 20 per cent for Playmob. Since its launch in 2007, Playmob has established itself as an innovative business that is both scaleable and serves a good cause. Jude Ower has led the company to success from a young age on. She is one of few female entrepreneurs in tech and much respected as a trailblazer in the gaming industry.

29-year-old Charlie Walker led recruitment company Vivid Resourcing to a turnover of £12.7m in four years. Founded as an antidote to the corporate approach to the industry, Walker wanted Vivid Resourcing to be built on an ethos of openness and accountability. The business has begun to dive into other markets, starting by opening offices in the Netherlands. Thanks to this, Vivid Resourcing has gone from generating zero gross profit from non-UK placements in 2010 to some ?875,000 today. They are now generating more profit than competitors with five times the staff, they claim. Walker is currently leading the business towards an increasing focus on export of its services, having placed workers in Mozambique, Canada, Russia and Holland recently. Growing Business Awards 2012: The winners of the 2012 Growing Business Awards, hosted by Real Business and the CBI, will be announced at the fabulous awards ceremony, hosted by Steve Cram, on November 27, 2012, at the London Marriott Grosvenor Square. To find out more about the Growing Business Awards, in association with Lloyds Bank, and in partnership with Lloyds Private Banking, Land Rover, Cavendish, Cass Business School, Visa, Spring Law, McLaren, Bdaily, visit our awards website.