The UK’s youngest small businesses are the driving force behind business confidence. Those trading for less than five years are nearly four times as likely to predict significant growth in the next three months than those trading for ten or more years (15 per cent and four per cent respectively).

This is according to research from Hitachi Capital Business Finance which reported that, for the third consecutive quarter, the proportion of young businesses predicting growth has risen, peaking at 54 per cent.

This figure is much lower for the overall SME sector, with only 38 per cent predicting growth – this has remained static for the last nine months.

The research also found significant perception gaps of the three top concerns for the period among small businesses in general.

Gavin Wraith-Carter, managing director at Hitachi Capital Business Finance, said: “Our latest research suggests that the youngest of the nation’s small businesses are those most likely to predict growth for the months leading into 2018. Many are digitised and still evolving their service lines and customer footprint and are more agile in being able to adapt to a changing market environment.

“This is positive for the economy at large, but it means 2018 will be a year when small business finance will be even more sharply under the spotlight. If younger enterprises are to be growth drivers, then their ability to secure the right kind of funding and when they most need it will become vital not just to the vibrancy of the small business sector, but also the general health of the broader economy as well.” 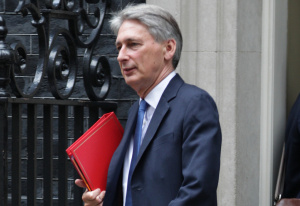