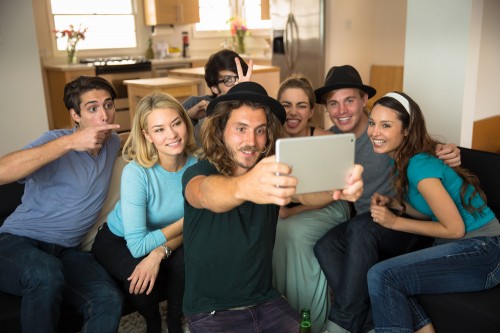 It’s often been said that the rise in Generation Z (Gen Z) employees will require HR professionals to gain a greater understanding of these individuals? background and approach to work. However, any concerns around the generation you may have possibly contradicts their aspirations.

According to Dan Schawbel, founder of Millennial Branding and “Author of Promote Yourself”, Gen Z staff appear to be more realistic instead of optimistic, are more career-minded and can quickly adapt to new technology in order to work effectively. ?Additionally, since Gen Z has seen how much Gen Y has struggled in the recession, they come to the workplace better prepared, less entitled and more equipped to succeed,? he added. Doesn’t sound familiar? There’s a reason why, and it’s all to do with our beloved stereotypes. Despite being characterised as multi-tasking whizzes, they?re simultaneously garnering the reputation among older generations of being lazy, unaware and apathetic. In fact, a study produced by Schawbel, entitled ?Gen Y vs. Gen Z Workplace Expectations? ? which queried 1,000 individuals from several generations across the US, Brazil, Canada, China, Germany, India, South Africa, Sweden, Turkey and the UK ? explained that there seemed to be a huge difference in opinion when it came to what Gen Z could offer the workforce.

Read more on millennials in the workplace:

The top five stereotypical traits for of Gen Z was reported as being lazy (45 per cent), open-minded (41 per cent), creative (38 per cent), self-centered (37 per cent) and easily distracted (35 per cent). On the other hand, Gen Z claimed they were innovative (57 per cent), forth-right (54 per cent), willing to offer new ideas (52 per cent), intelligent (44 per cent) and had cutting-edge thoughts (41 per cent). This gap of expectations and perspective was emphasised by Capita Resourcing research, which found that 83 per cent of HR leaders see attracting the next generation of employees as the greatest business challenge (over meeting targets or innovation) to come. However, the research, which also examined the attitudes of 1,015 Gen Z adults, also revealed that HR leaders? concerns around the next generation of workers were heavily contradicted by what Generation Z respondents said they wanted. For example, 71 per cent of employers think Gen Z staff want freedom to work where and how they choose. But 54 per cent of Gen Z claimed they would prefer to work face-to-face in a small team rather than virtually. In addition, 69 per cent of Gen Z stated they wanted a single manager, rather than several different ones. A further 58 per cent wanted a hierarchical structure with clear upward direction ? echoing the traditional workplace environment that we currently operate in and chucking any concept of radical change to attain Gen Z workers out of the window. Nicola McQueen, MD at Capita Resourcing, stated: ?Businesses need to see Gen Z as agents of change that can act as the driving force behind new initiatives that benefit every generation of employee. That doesn’t mean, however, that existing working practices need a major over-haul to accommodate this. On the contrary, there?s a danger that investment in new resources, policies and procedures aimed solely at this cohort could make a significant dent in the bottom-line to no avail.? Further disconnects between Gen Z expectations and employer opinion included 69 per cent of employers believing that Gen Z wanted a high starting salary. However, good opportunities for personal development and progression, as well as stability, are the top attributes looked for in a job or career by Gen Z. Furthermore, just 35 per cent of Gen Z want formal training, yet 59 per cent of employers think that in-house training courses are what this new breed of worker will demand. And while over two thirds of bosses believe Gen Z is often under prepared for the demands of working life, 81 per cent of Gen Z are confident they have the right attitude to succeed and 65 per cent are confident they have the right skills. What’s true, however, is that with 54 per cent of Gen Z expecting to stay in their first job for under two years, employers commonly have a crucial 500-day window after hiring in which to maximise their employee productivity. Businesses need to establish and communicate the opportunity for career progression, professional reward and company benefits from the first point of engagement. Even this aspect, however, is one of the most cited factors of choosing a job when it comes to any generation.  When it comes to the changing workforce, there are five millennial myths and six personality traits your business should be aware of. By Shan? Schutte