The majority of offices can be considered archaic. They hang on to long outdated rules about the best way to keep them efficient and in order, rules the purpose of which is hard to explain; their existence is based on routine, and a failure to effectively evaluate. Some of them have a negative effect on productivity, employee wellbeing and, therefore, the company’s strength as a whole. More businesses are beginning to realise this, but are still hesitant; new ideas seem too far-fetched. This needs to stop.

In 1980, Ricardo Semler took over Semler & Company from his father. The first thing he did was to fire 60 per cent of the managers working there. This was just the beginning of a large overhaul of the entire company. Semler began the introduction of a more employee-centric business. This led to an annual growth rate increase of 40 per cent each year from 1982 to 2003. Semco is a successful example of how radical reforms and the replacement of ingrained ideas can bring about prosperity.

Not all companies need such extreme reforms, and of course, there is no one-size-fits-all solution. The issue is that common sense needs to be considered and more effort made to really make some changes. This is especially true of the modern day office which, for the most part, hasn’t changed for decades, especially so for older companies. It is time for reevaluation and effectual alterations to the current accepted model.

Uniforms have their place, clearly. In establishments such as restaurants, cafes and shops they serve their purpose in identifying who works there. This makes it easier for a customer who is after some help. A strict dresscode has its place in client facing roles or in offices where potential clients visit often. Companies have certain images they want to present so anything on show, understandably, needs to be managed (this works the same way with big companies wanting a professional look, who enforce a tie policy, as it does a new startup who wants to look different and enforces a no-tie policy).

But what about the thousands of call centres, offices and workspaces where the only people employees see are other employees? What purpose does telling these people what to wear serve? Does it keep them in order? Does it encourage their work ethic? Does it keep them focused? These are the questions you should be asking school kids, not the grown ups you’re willing to give thousands of pounds a year to, but for some reason can’t trust them to choose their own clothes.

You want your employees to be as productive as possible. The more freedom they have (which translates as the more trust you have in them) and the happier they are at work, the more productive they will be. As said before, this is common sense. You want your workers to practically skip into the office and them being able to wear the clothes they like will help towards that goal. They’ll be more confident and comfortable and there will be less resistance to those above them. Clearly, some rules in regards to suitability and offense (wearing a T-shirt that insults others is taking it a bit too far) need to be in place, but ensure they make sense and aren’t arbitrary.

Technology, as it always has done, has a habit of progressing in leaps and bounds. Recent years have seen the advance of mobile technology along with the wireless online connectivity to go with it; faster broadband and continuous creation of software that allows us to do more and more complex things while on the move. This has all made telecommuting an efficient and effective alternative to working in an office. With a decent internet connection, Skype and cloud software, it would be perfectly cost-effective to have an employee based on the other side of the world.

Why shouldn’t you let your employees work from home on occasion or even the entire time? This will work with some offices and workers better than others (again, common sense here, if your employee needs to be in the office a lot, telecommuting won’t work), but many managers instantly brush off the idea without giving it the proper thought it deserves. They instantly picture their employees sitting at home, watching TV and hardly working, but that just isn’t the reality.

In fact, the opposite is true. According to one survey, working from home means employees actually do more work. It eliminates travel time – which can often lead to extra stress and less energy in employees – while allowing them to work in a comfortable and relaxing environment. They’re also easily accessible through phone, Skype or IM systems and cloud software ensures they’re always connected. It’s a win-win situation. Increased employee productivity means increased profits. Obviously, working from home isn’t for everyone, but it won’t be hard to spot those that don’t benefit from the idea, which means any negative issues will be short-lived as you bring them back into the office for work.

In the end, it all boils down to how employees are treated. Giving them more freedom and choice makes them happier and it increases loyalty. It will encourage them to go the extra mile without being asked. They will feel more trusted and respected and that kind of thing will work both ways. Your employees do not need, and will not respond to, archaic and arbitrary rules. All these rules do is sow resentment, which can manifest in a number of negative ways (sudden resignation, poor work ethic and even internal sabotage). Don’t be afraid to upset the cart, your employees might thank you for it and it’s them who you depend on.

Joshua Danton Boyd is a copywriter for the online accountants Crunch. 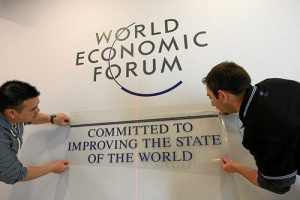 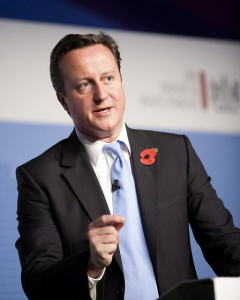