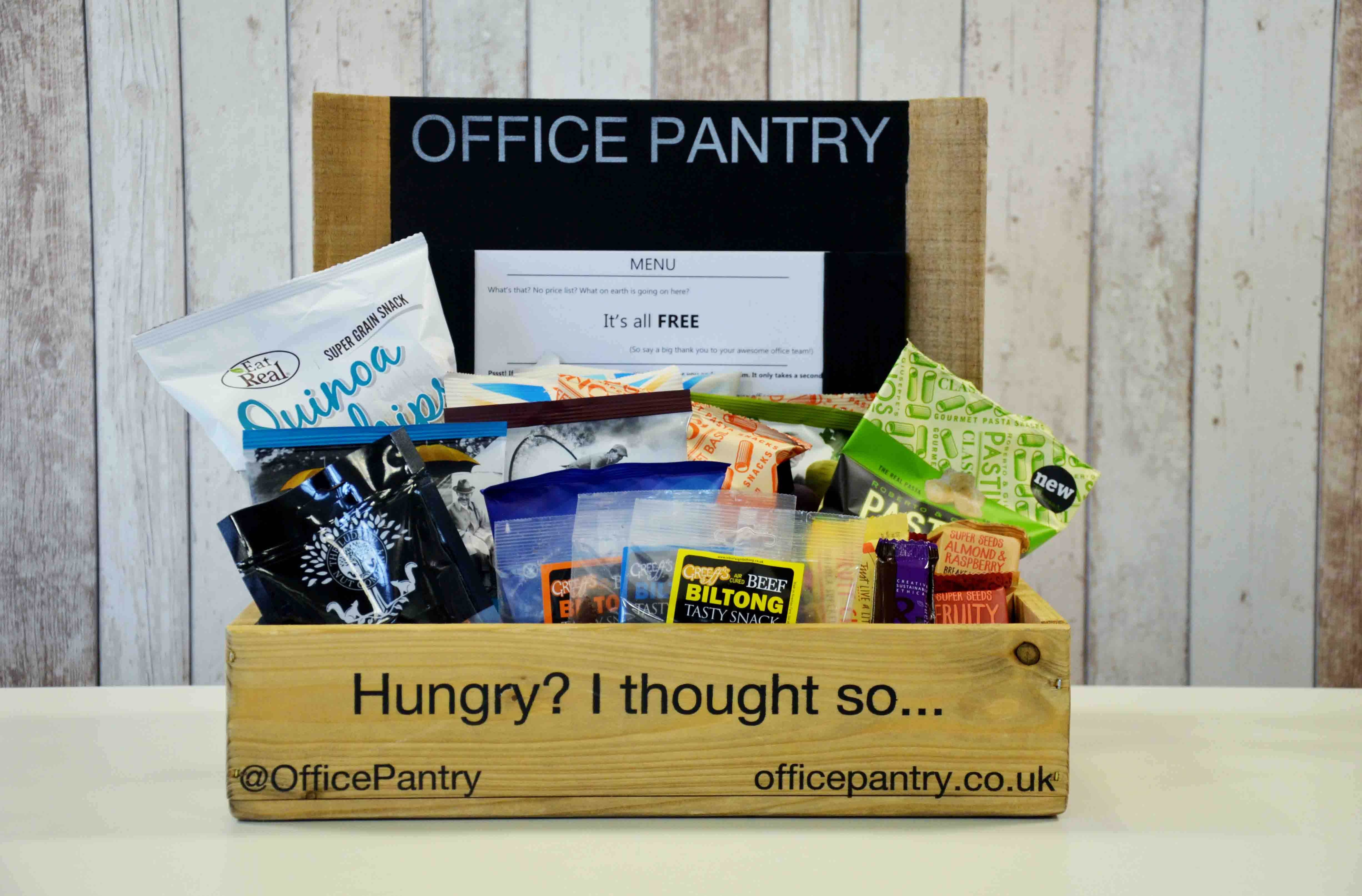 Share via
Office Pantry was born when two friends, who met at university, were disappointed by the snacks available when working long hours at their first office jobs. The snack delivery service has now been running for about two and a half years ? we caught up with co-founder Giles Mitchell to hear more. Mitchell, along with his business partner Charles Arnold, had the idea to launch a snack delivery service after one generic vending machine chocolate bar too many. ?Our focus is to deliver great food to great companies, and to enable their staff to do the best work they can ? and not fuelled by an empty stomach, but by really healthy, wholesome foods.? The products themselves go through a couple of tests ? they have to be British produced and ?grandmother approved?. The ingredients have to be understandable and healthy, and if it passes these tests the snacks can go in the box. Initially the pair started knocking on doors, dropping off boxes of snacks in the morning and turning up at the end of the day to collect the money. Eventually they were approached by someone from another city who wanted the service, and the business model had to change to allow for a national operation. Businesses now pay for their box in advance, and have the option of including the old honesty box so that the venture works out financially neutral for them. Alternatively, some companies choose to include the box as a way of saving for further company treats, like parties, or for charity. Office Pantry offers a wide range of boxes from fruit and snacks, to milk or drinks. Because of the range of products on offer, companies of any size can have a lot of services provided in one place, and under one invoice. ?That?s invaluable for office managers because it saves them time and its very low maintenance,? explained Mitchell. ?In the UK, we have the greatest range of things. We?re pretty confident we?re the number one provider for the UK ? there are people that do aspects of what we do, but nobody does the full spread.? Office Pantry?s other distinction amongst other snack delivery companies is its wooden crate which features as a display unit. The brand is looking to expand into some new markets over the coming months. ?We?re talking to our customers a lot more than ever before to find out exactly what they?re buying that we aren?t providing.
?One of the big headaches we?re being told time and time again is drinks ? beer and wine for Friday afternoons. So we?ve worked really hard on that, hopefully this year that will give us a big uptake in revenue in that market alone.? Fortunately for Office Pantry, it doesn?t have to take on this task unsupported, as it has been signed up to the Entrepreneurial Spark programme for a while now. ?We got really lucky with how we came to Entrepreneurial Spark. We were in Bristol at the time and met one of the organisers who was setting up in the city at an event. We were in the first intake there ? they were just evangelical about how great the programme was going to be and we jumped in to it. We haven?t looked back since, it genuinely is a phenomenal programme,? said Mitchell. As a founder, Mitchell says it can be a challenge to maintain that unshakeable self-belief, but over the past couple of years he has learned not to second guess himself. ?Trust your gut,? he advised. ?You always get tempted to read another article or listen to another podcast or whatever it might be ? but trust yourself.?