Set up by Viktoras Jucikas and Rytis Vitkauskas, YPlan initially set out to provide a service for users to snap up leftover tickets for events happening in their locality during the next the next 48 hours. The business then pivoted away from that by being a “mobile-first” events discovery and booking platform – not necessarily those in the next day.

The business closed four significant funding rounds, the latest of which occurred in November 2014 when General Catalyst Partners, Octopus Ventures and Wellington Partners took part in a £15.3m investment deal.

However, even then, the business began laying off staff after deciding to switch away from a direct sales model and to a self-service platform that allowed organisers to make their own event listings.

YPlan announced In February that it was making a third of its staff redundant and reducing its activity in the US market – where it was replicating its offering in New York and San Francisco. Its latest financial accounts revealed a loss of £6.2m for the year to date 31 December 2015.

Commenting on the decision to sell YPlan to Time Out for £1.6m in stock, co-founders Jucikas and Vitkauskas said: “For us as founders, the acquisition is a natural continuation of our vision for YPlan: to enable people to discover and do amazing things, whether in their beloved home cities or while traveling.

“We’re both very proud to join with our team such an iconic brand and to be part of Time Out’s next chapter.”

While having Kutcher and Hoberman on its investment panel boosted its profile, YPlan also had a high-profile launch party when it made the move to the US. Musician Pharell Williams performed at the event, making people question how the business was using its newly-secured multi-million pound investment.

Julio Bruno, CEO of Time Out Group, added: “Developing ecommerce and monetising our audience is an important element of our ambitious growth strategy. We acquired YPlan because its advanced technology will significantly accelerate this strategy. It will enable us to offer our large audience more online booking opportunities, whilst improving the user experience.

“We look forward to welcoming the highly skilled YPlan employees to the Time Out team. Together we will be stronger than ever to bring our customers the capabilities to make the most of the city and to make Time Out an even better place to discover, book and share.”

YPlan investor Shakil Khan took to Twitter to say: “The reality & non sexy news is: Startups are HARD Fxxxing Work, (I speak as an investor in YPlan), would I back the whole team again? 100% [sic]”

INFOGRAPHIC: The midfield-market: Footballers’ business lives are scoring goals off the pitch 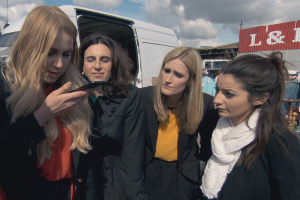