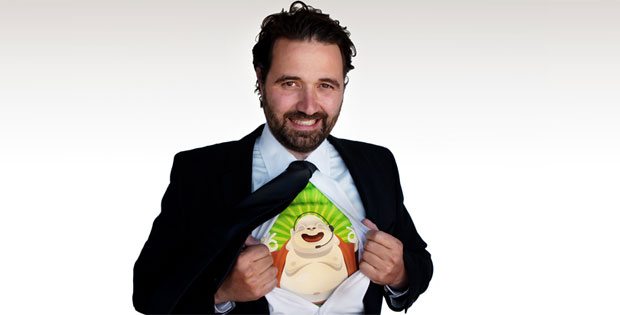 Founded in Copenhagen in 2007, Zendesk is now serving over 15,000 businesses worldwide, including Groupon, Sony and Adobe. Founder and CEO Mikkel Svane proves that its not just the technology that makes Zendesk so successful, but also their perceptive understanding of the relationship between customer and company.

When dealing with customers, you’ll make mistakes – embrace them and you’ll learn from them.

“When you deal with customers, you’re constantly making mistakes. Because it’s tough,” Svane tells Real Business at the opening of the Zendesk Paddington offices. “Like any other human relationship, you screw up all the time. We’ve screwed up a bunch of times ourselves.”

The key is to make sure that when you’ve done wrong, you figure it out and are on top of it right away. As long as you’re receptive to feedback, mistakes will only help you become a better business.

“If you have a friend and you ask them for help, they will help you. If we reach out to a company, we want them to be responsive.”

Being responsive is the first step to keeping your customers happy. The internet has made responsiveness both more relevant and more difficult than ever for mid-sized businesses – today your customer base is necessarily more global than it was before.

Svane suggests that this is exactly what technology providers can help with. Opening your gate of communication to a global audience is chaotic, confusing and difficult, since “nowadays a business is global, whether you want it or not”. But through using technology to stay organised and making cross-country communication easier, SMEs have the chance to expand and compete with larger corporates for less expense.

Svane says he’s happy to be a part of making the transition to a digital, global consumer base a bit easier. Zendesk can help businesses to communicate with customers around the world, but the most important thing they have to do themselves: be wrong and admit to it.

“You can’t make an omelette without breaking an egg. Build a company culture where you embrace your mistakes – and deal with them quickly.”