The term precarious work is most commonly used to refer to individuals who perform labour without the long-term contracts that characterise 20th century employment. Whether such labour takes the form of fixed-term, agency, or undeclared employment, it’s a fact that today’s economy is increasingly using “exploitative” forms of work.

There is no better example of this tendency than the disclosures of Sports Direct and McDonald’s widespread use of zero-hour contracts. The year 2013 also famously saw the University of Liverpool propose to fire its then 3,000 strong workforce and re-employ them on flexible contracts.

In the UK, companies used to tie an individual to the business under an “exclusivity” clause. However, thanks to Vince Cable and the Small Business, Enterprise and Employment Act, such clauses have been banned from zero-hours contracts.

Further changing the laws, the UK government made it possible for staff to utilise a flexible employment agreement, whereby they can now work for more than one company without being disciplined or fired.

How to reduce the risk of zero-hours contracts

An outright ban has not been consulted on yet and the Department for Work and Pensions even announced in May 2014 that jobseekers could have their benefits reduced or stopped if they refused suitable work offered under a zero-hours contract.

To make matters worse, recent figures from the Office of National Statistics showed that the number of workers on zero-hours contracts has increased by more than 100,000 over the past 12 months to exceed 800,000 for the first time.

But although particularly advanced in English-speaking countries, labour market precarity is far from confined to the likes of Britain and the US. We took a look at how countries across the globe are tackling zero-hours – if at all.

A decade after its slowly developing labour market caused Germany to be branded the “sick man of Europe”, it is now the envy of the continent with its 4.7 per cent unemployment rate – to such a degree that it has been declared arch-nemesis by quite a few countries.

But its gold standard jobs record comes at an often overlooked cost: precarious work. This is manifested particularly in the example of “mini-jobs,” an organised part-time work scheme encouraged by the German government. People employed on the scheme could work 20 hours a week on one or more of these initiatives and earn €400 per month. There are now over 7.3m people living solely on this income.

It is perhaps due to this fact that the Institute for Employment Research found wage inequality in Germany had increased since the 1990s.

This was further emphasised in an article by the Financial Times, which claimed: “While employment protection in Germany remains higher than in France or Spain, these reforms were achieved, critics say, at the price of an increasingly unequal society. Germany’s low-paid sector – defined as those earning two-thirds of the median wage – grew from about 16 per cent of the workforce in the mid-1990s to 22 per cent by 2009.”

While precarious work is still of concern, the topic featured in Germany’s 2013 election, and resulted in 2015’s introduction of a minimum wage of €8.50 an hour – a pay level that makes some people using mini-jobs liable for social insurance. This has led to the number of people using mini-jobs falling by 200,000 from 6.85m at the end of 2014 to 6.6m in March 2015, said Karl Brenke, a labour market economist at the DIW economic institute.

How London can lead the way in matching Germany’s manufacturing

One of the key drivers of Italy introducing precarious work has been the European economic policy framework. With fiscal policy constrained by the Maastricht regime and with a devaluation of the national currency no longer possible in the monetary union, “labour” was seen as the only factor of adjustment by policy makers.

However, Italy’s strategy only serves to demonstrates the danger of attempting to emulate another country’s model – in this case Germany – when the country is unable to cope.

While unemployment is not as high as Greece and Spain, research has suggested that since the 90s, productivity has declined from 1.65 per cent to 0.39 per cent. In fact, a recent study by the OECD showed that Italy has the most flexible labour market in the world.

But with Germany’s productivity levels in mind, Italian politician Matteo Renzi suggested the country be made more flexible. As a result, a variety of labour contracts were created. The plan included a reform of the constitution, designed to give more rights to employers.

What this did, however, was give bosses the ability to fire workers who had been on the payroll for three years without any explanation. Essentially, an attempt at fostering another country’s strategy while it didn’t have the means to do so has only exacerbated the nation’s problems, and it is now suffering more than elsewhere with the long-term implications of this.

And though unions have tried to make a stand several times, no real change has made as of yet.

Read more about the zero-hours policies adapted by countries further afield, which have included outright bans. 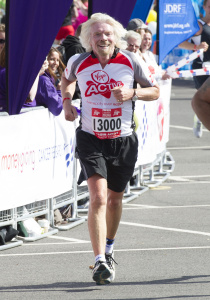 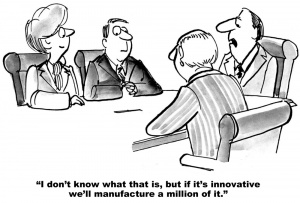