Started in 2008, Zomato was created by two Delhi-based strategy consultants who had become jaded with working long hours and the fiddly process involved with ordering food, which struck them as equally tiresome – but this isn’t another Just Eat story.

After collating a series of menus from around the area, the file became increasing popular among peers and they realised that by using their background in engineering that there was a potential business model that could be put into place around food discovery.

Zomato was soon developed and from India the website was launched into Dubai then Southeast Asia, South Africa and Brazil, proving the model’s value to restaurants over and over again.

It was 18 months ago that Zomato came to enter the UK, and Hurd revealed to us that a lot has changed since she joined the company. First off, the website and app experiences were totally overhauled. “At the time of launch, we were a restaurant discovery website and we had launched an app that was a miniaturised version of the website,” she said. “However, we wanted to start looking into more competitive markets with a lot of existing players and very quickly realised  the UK is a very competitive marketplace but there’s no-one doing what we want to do really well, which is to provide the most comprehensive breadth and depth of information to discover exactly what it is you need.”

Over the past year, the app has been enhanced more than ever before to become more interactive and user-friendly with multiple filters, improving the customer’s search and chances of discovering a venue they truly want, rather than simply being a smaller version of the website.

Interestingly, it was through chance that self-confessed foodie Hurd secured her post in the top spot of the UK division, having had a lengthy discussion about the service with one of the founders. Frequent travels prompted her to download the app, but she found it had a lack of functionality, including maps, distance and so on.

“I happened to meet the founder at an event and didn’t realise who he was, so I gave him a lot of negative, unsolicited feedback,” Hurd revealed. “I found out quickly I’d put my foot in my mouth, but ended up joining Zomato and I’ve been working with the team over the last 12 months really trying to perfect our product.”

The app will make recommendations for places to visit, while social functionality also makes things unbiased so that customers can leave reviews and communicate with each other. And with mobile generating 60 per cent of the company’s traffic, it was undeniable the channel had to be considered a priority.

Hurd explained: “What separates us from anyone else in the space is that we have a team of people that goes street by street every day talking to restaurant owners and managers, taking pictures, gathering menus and completing a questionnaire with around 57 variables – WiFi, pets, cuisine, location, cost, opening hours and more.

“The team then brings the information back and we do a quality control filter over it and we curate and put it on the site and in the app. It’s literally the most comprehensive information you can get and it’s all uniquely sortable for you.”

Tightening up the app for consumers was one thing, but as a company that also has businesses as clients, the revamp meant restaurants would also benefit.

The introduction of an chain exclusion filter was a way of supporting the smaller independent companies and also users looking for something off of the beaten track.

“We want to be the champion for independents and people who love food,” Hurd declared passionately. “In London, we’re constantly inundated by chains. No matter where you go you’ll see a Starbucks, a Pret, or an Eat, and we’ve got data to show most people end up going to them out of convenience even though they’re not satisfied by their experience.”

Read more interviews from the food and drink sector:

As a food lover and business leader, it’s something the chief executive is unquestionably keen to change. “We created an exclude chains filter so you can avoid the noise. Around 2,000 restaurants per quarter shut down in London because most people don’t know where to go or how to find them,” she continued.

“Chains are taking over more and more because they’re the only ones that can afford the real estate, so they develop a portfolio approach. Slowly but surely it’s dumbing down our choices for food and taking away the independence and love of food, which we want to bring back – whether that’s finding a sandwich that isn’t packaged or a great flat white you don’t have to buy from Starbucks.

“I love any successful business, that’s great, but actually I think real food should assault your senses. You should feel inspired when you’re eating. So much about food and drink is about the experience and quality of ingredients but we just accept compromise every day because it’s easy. We want to help people realise it’s actually quite convenient to make a choice whether you’re spending £5 or £500 and to make sure it’s the best use of your money, time and experience.”

With money in mind and a clear determination to support small businesses and entrepreneurs, the subject turned to how lucrative the anti-chain approach has been and the response independents have had about the newfound support. On the next page, she also details how tequila was a great way to help drive customers into one restaurant and what how the UK operation will be built up. 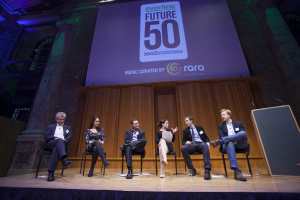 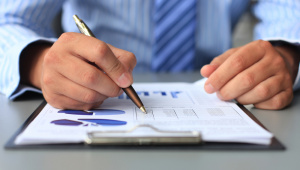 Auto-enrolment is nearly upon us, but SMEs still have time to prepare