The rise of the celebrity entrepreneur has been insatiable over the last decade.

This started from the early noughties where hotel heiress and reality TV star, Paris Hilton launched a “fragrance empire” of scented body sprays, and while they may now sit heavily discounted at the back of many Superdrug stores, Hilton’s perfume has made her a stealthy £2billion in sales.

Today the term ‘celebrity entrepreneur’ holds a much more credited status, with many of these starlets quitting their “day job” of acting, or modelling in order to pursue the unpredictable world of business full time.

Let’s see what we can learn from their efforts…

Jessica Alba is much more than a pin-up for people who fall for brown eyes and a glowing Mediterranean complexion. Her business “The Honest Company” provides ethical consumer goods for those who are cautious about what goes on their skin.

Launching a range of nappies and personal care items, with eco-friendly parents in mind allowed Alba to build a business that’s raised over half a billion’s worth of funding since its birth in 2012.

Transparency and mission is key

Her website outlines a detailed in-depth report of where the products are manufactured and what ingredients are used.

Coined the “Honest Standard”, Alba’s ethos lies in ” creating safe, effective products for my family and yours”.

What’s more, a heavily curated ‘NO List’ on her site has highlighted over 2,500 chemicals/materials the brand chooses not to use.

Cleverly tapping into the emotions of new parents who are concerned with what to use on their precious infants and children skin is the fuel behind this brand.

Combine this with a humble pricing scheme (just £9.95 for a bath lotion set), it’s clear that Alba’s health care range is going to have more than just its fifteen minutes of fame. And already has.

The “nothing but a G thang” – rapper Dr Dre honed in on his influence in the music industry to launch a successful and iconic speaker brand. Beats, the luxury headphone range he created, is now worth £3billion.

But how did the father of rap convince consumers to fork out three-figure sums for the products?

Shameless product placement appeared helped get this product off the ground.

Since the 2008 launch, there have been over 40 Music videos, where high profile pop stars have “casually” used Beat headphones and speakers where video shots of singers at the club or lying seductively in bed with the product tapped into the hearts of the teen demographic and instantly marketed the goods as cool and sleek.

From their spanned a continual reem of celebrity endorsements from major sporting icons such as LeBron James. But there’s more to this product than consumers simply feeling like their favourite pop star.

The producer defined the company’s guiding principle as “perfecting the beat”, for example, the speakers offer innovative noise cancellation technology – making them appealing for consumers after musical privacy, space and audio perfection. 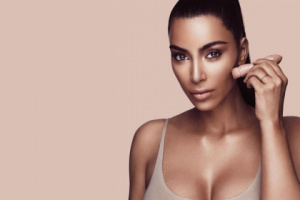 Despite her  X-rated rise to fame, Kim Kardashian has long advertised herself as a sensible and industrious entrepreneur. While she started with accessibly priced perfume, her portfolio has since stretched to a successful shapewear range and a makeup line.

She has constructed an indestructible empire, almost effortlessly, but how did she do it?

“Kim is a real person. A glance at her Twitter or Instagram accounts reveals Kim at home with her husband Kanye West and their kids. When was the last time that your CEO posted on social media what he or she does on the weekends when they are away from their office?” says Carlos Gil, author of The End of Marketing: Humanizing your brand in the age of social media and AI.

“When she does try to sell products such as lipstick, she showcases real people such as herself or her family, while providing offers that are time-bound with a clear expiration date, which creates a sense of urgency and exclusivity. In one instance, she showcases her sister Kourtney using the product by way of a natively uploaded video on Twitter” adds Gill.

What the Kim example shows is that weaving your products seamlessly into your personal life cultivates a level of relatability for consumers who aspire to live a lavish lifestyle that luxury products promote.

When Jenner graced the cover of the Forbes billionaire addition in March of this year, it was hard to remember her as the pre-pubescent tween who made cameo appearances in her family’s hit reality show.

While many dismiss her claims that she is “self-made”, you can not discredit the 22-year-old’s ability to sell her stock in a matter of minutes.

Fusing her new image to her brand offerings

Her lip-kit produce tapped into the current cultural phenomenon of “duck lips” – (the pout that can only be achieved with 2ml of Juvederm and a trusted cosmetic doctor).

However, for impressionable young teens eager to access the best insta-face ready look, Jenner marketed her glosses as the fast way for consumers to dupe people into thinking they’d got a filler fix.

While this may seem shallow – the Calabasas native has made a business that is valued at $900m:

“I took my insecurity with my lips and turned it into my business model,” she claimed in a 2018 Vogue Australia interview, “I just loved bigger lips, and I just got obsessed. To this day, I can’t leave the house without lipstick.”

Tapping into the cultural crisis among people to alter their appearance in the bid to gain a few likes online has been a key aspect of Kylie’s success. By altering her appearance herself, then basing a makeup brand (starting with lip-kits) on her new image, Kylie married her image with that of her new brand seamlessly which makes for a powerful branding and marketing drive.

Despite the grief she might receive for moulding unrealistic beauty expectations for women – her empire isn’t going anywhere soon.

“Celebrities are naturally great at self-promotion. This is probably one of the hardest things to do in business. You basically have to put it all on the show and as a new business owner, having the self-belief and confidence to get out there and sell your product or service with limited knowledge or experience is a massive challenge” says Andrew Dark, Co-owner at clothing company, Custom Planet.

There’s no reason why SME owners can’t harness these same moves, (promoting unique brand USPs like Alba or marrying a founder’s image to a brand like Kylie), to appeal to their own respective audiences. Why not get brave and have a go?

Become a driving instructor and unlock your entrepreneurial dreams 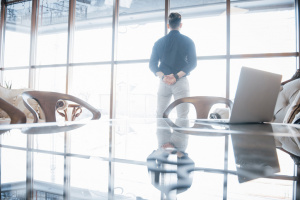