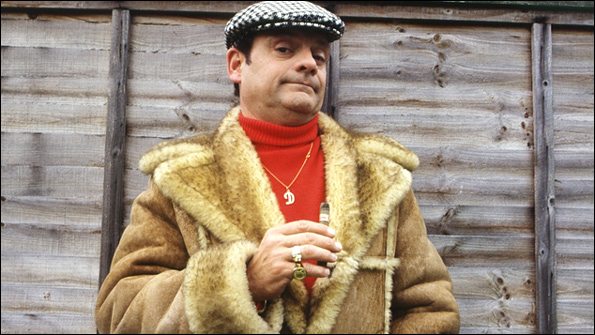 The salesman as we know him is no more (and neither is the saleswoman). The “classic” salesperson – we all know them: the type whose sociable nature and regular buying of rounds at the pub makes others first become friends, then open their wallets – is dead, predicts research by the Corporate Executive Board (CEB).

Instead, the salesperson of today is taking an example in Steve Jobs. CEB conducted a study to find out what tactic we truly need to sell in an age when consensus is king and 80 per cent of sales are lost to customer indecision. The answer: a salesperson who teaches the customer new ways to think about their business. The assertive “challenger”, as CEB calls the Steve Jobs type, tackles sensitive topics like price and uses “constructive tension” to raise the chance of a sale being agreed. CEB spoke to 6,000 sales executives across 90 companies, and saw their “challenger” figure outperform other sales types by nearly 15 per cent. Rather appropriately, since he sounds like a superhero, the “challenger” is “defined by their ability to teach, tailor their message and take control, all essential qualities when over half of B2B purchases have already been decided before the buyer speaks to a salesperson”. “The abundance of information made available to customers means the majority of them have already decided what they want before even engaging with a salesperson,” said Anthony Belloir, managing director at CEB. “This is a radical shift and has caused a dramatic reappraisal of the qualities of the successful salesperson. As our research shows, today’s star sales performers are those who understand their customers’ underlying problems and identify new and better means of solving them, often even before they are aware of the problem themselves. This sea-change can easily be addressed with the right tools, training and coaching, but for those unwilling to adapt, it seems death of the salesman is turning from fiction to a reality.” To allow us to neatly put our salespeople action figures into boxes, CEB turned them into five categories: challengers, relationship builders, hard workers, lone wolves and reactive problem solvers. Here’s how they described them. Can you recognise any?

“For example, Steve Jobs. A debater at heart, Steve Jobs challenged customers and senior colleagues alike. He understood customer needs – often better than they did themselves and pushed them into a different way of thinking through teaching and offering fresh insights.”

“For example, Del Boy Trotter. Relationship builders are primarily concerned with building both personal and professional relationships. Like Del Boy, they are generous with their time and work hard to accommodate their customers, always seeking to ensure their needs are met – though generally with more success than Del. In business, they work to building advocates in the organisations of their customers, avoiding confrontation wherever they can.”

“For example, Arthur Daley. Star of the UK series The Minder, Arthur thinks of little other than improving his sales performance. Like all hard workers, Arthur is self-motivated and doesn’t give up easily. Hard workers like Arthur believe that if you do things in the right way, you’ll get the results you want.”

“For example, Alan Sugar. Sugar’s famous refusal to use advertising agencies has led to a regular advertising task on the UK version of The Apprentice. Lone wolves are deeply self-confident and – even if it annoys those around them – do things their own way. They will always follow their instinct rather than anybody else’s rules and wouldn’t survive unless they delivered strong results.”

“For example, Gareth Keenan. Gareth would like to think he is a reactive problem solver – a reliable and detail-oriented salesman who works hard to ensure all promises made as part of the sale are kept once a deal is done. They are concerned with making the customer happy and focus heavily on post-sale follow-up. They take customer experience seriously and aspire to thoroughness throughout the sales process.”