If the last decade taught us anything, it’s that e-commerce has won consumers’ hearts. Allowing shoppers (regardless of their geographical location), to access a never-ending stream of stock they would struggle to find on most high streets, it’s no wonder that online retail, in particular, has surged ahead of in-store shopping.

A new report by Ask Traders, a site that helps people wanting to trade, has revealed (based on statistics from late 2019), just how much money 30 of the world’s biggest fashion retail brands make every second, minute, hour and day, globally.

Unsurprisingly, the stock market value of Boohoo has overtaken family favourite brands such as Marks & Spencer thanks to strong Christmas sales.

While fast fashion brands including Pretty Little Thing and Missguided have taken top place, brands such as Mothercare, (that went into administration this year), saw a cut of £41 per hour.

The study also showed a steady surge in sales from ASOS, that racked in a comfortable £86 a second in revenue. These statistics may come as a surprise to some, as last year, news broke that the brand had suffered a plunge in profits of 87%.

There was also an earnings growth for N Brown Group (owners of Simply Be and Jacamo) that earned £29 in revenue every second. However, last year the company saw losses rise to £57.5m with company heads calling for a “strategy refocus”.

Nigel Frith, senior market analyst at Ask Traders said: “The future of retail is online. Amid an ever more digitalised and time-poor society and with e-retailers offering logistical efficiency, consumers are increasingly giving the shops a miss and shopping online. This trend isn’t about to change anytime soon, online shopping offers a frictionless, convenient experience which suits consumers’ busy lives.”

But some high street brands are still big earners

However, some fashion favourites have not been knocked out by the highstreet shop famine.

Clothing brand Zara, which is notoriously known for offering “designer inspired” garments at an accessible price point and for its steady high street presence, sold over 2.9 billion units sold in 2019.

The Spanish owned company climbed to the top spot earning the most revenue over £714 per second and a £405 profit which works out at as a 56% profit per second.

Also, purse-friendly clothing veteran, Primark is still yet to be shaken by online retail.

Primark has been quite strict on their refusal to move to the e-commerce realm. With the typical Primark “goer” tending to buy in big quantities, John Bason, finance director of Primark parent company Associated British Foods, told the Wall Street Journal that the “cost to support home delivery can’t be supported with our price points.” 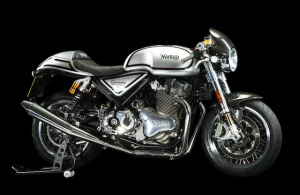 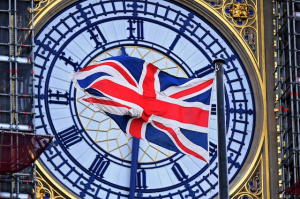 ‘Brexit Day’ may not signal the end of small business uncertainty