FIXR co-founder and COO Nick Stone joined Real Business for a Black Cab Entrepreneurs interview, during which we cruise around London throwing questions at business leaders.

He helms the student events ticketing platform FIXR, which is a far cry from his background in corporate law and finance – although that was the industry that introduced him to his co-founders.

Stone worked at the same bank as Edmund Glover, who would become his co-founder, alongside head of commercial development Hugh Hudleston and CTO Dominic Marmont.

He recalled: “We were quite a close-knit team because we knew each other and that enabled us to found the business quite quickly. We knew how each other worked, what our strengths and weaknesses were and hit the ground running.”

Stone studied law and moved to London to put his degree to use, first in law and then in finance for seven years. It was in the latter stages of his most recent post that the idea for FIXR came about.

“The bank Ed and I worked at wasn’t doing particularly well and the writing was on the wall that it was probably not going to survive, so we began thinking about ideas,” Stone explained.

“We’d always harboured entrepreneurial ambitions – in the past Ed had run smaller ventures and I’d always been cooking up crazy ideas throughout my 20s. We got our heads together and that’s how we came up with the first version of FIXR, which is quite different to what it is now.”

It was late 2012, at which time app popularity was exploding. Stone noted that service-driven apps such as Uber and Hailo were emerging, but he found a gap using that concept for mobile in the nightlife market – and the idea was simple.

“You would simply use your phone to sort your night out. Book your entry, pay and then have your mobile ticket scanned on the door and that would allow nightlife event organisers and venues to more accurately understand who was coming in with the data.

“It would allow them to do things like make late sales – if you bought a ticket on your phone, they’d understand who you were. We were really excited about this and launched in London with a handful of nightlife partners.”

Unfortunately, despite the huge potential, the business didn’t initially soar to the heights they’d hoped.

“We were just starting to find our way into the market and it didn’t go quite as well as we had hoped. I think we slightly underestimated how disparate the market was and for the first six months we struggled to be honest. We tried various things that weren’t landing,” Stone admitted.

Find out what Stone had to say during his journey in the cab with us – including why he’d win a gold medal.

That soon changed though, as a most fortuitous contract was presented to the FIXR team from a contact – one slightly different to where their focus had been.

“We got invited to sell the majority of tickets for the end of year ball at St Andrew’s University. We hadn’t really looked at the student market up until that point and decided to give it a go and we sold out in 15 minutes.

“In those 15 minutes, we done more business than we had in the past six months.”

From that point the business model changed as the quintessential lightbulb moment took place.

“We realised we had massive demand. Students are relatively similar no matter where they are across the UK, whereas the nightlife crowd use different venues and are quite spread out,” Stone said.

“From then we began to tailor the proposition more for the student market – we looked at the non-student market too, but 18 months ago just focused on students.”

The mobile-only design of FIXR evolved further still as it became a full online events platform for students.

“We’ve also developed this marketplace whereby FIXR is at the heart of studentville. You have event organisers come through the platform, but increasingly we have brands asking us how they can reach the student demographic and that’s the next exciting part of the journey,” he said.

An example of that could be an engineering company in Bristol looking to attract local students through the platform, or a Manchester fashion brand looking to sell its new line, all of which is possible as the platform is localised to meet the needs of students’ locations.

With ticketing and events nailed through FIXR, growth is key as the business looks ahead. With 20 markets served so far, the business has the ambitious target of more than doubling that reach to 45 markets by the end of summer.

“It’s this next phase whereby we’ll be working with companies and helping them reach students in a more tailored way. That’s where we’ll be going with students in the next 12 to 18 months of the business,” he revealed.

As for how that will be facilitated, Stone continued: “I think what’s interesting about our proposition. On a very localised basis, we understand what students are doing, we know where they’re going, what they’re interested in and who they are.

Although tightlipped on the specifics, Stone was keen to emphasis that’s the direction the business is headed in, as he explained that FIXR is in talks with blue chip firms about recruitment and retail, and that’s just for starters.

To date, FIXR has been self-funded, with small amounts of seed funding, so it will be looking to raise larger rounds to supercharge its growth plans.

“We’ve got 12 full-time staff across development, marketing and sales. Then there’s the four of us as management, so we’ve grown the team relatively steadily,” said Stone.

“But we’ve been relatively aggressive recently because the growth last year was massive for us. We grew sales and users 300 per cent, so it’s important for us now that we capitalise on that growth and accelerate as much as we can.

And in the same way one might describe appeasing an investor, Stone explained how FIXR will keep the students on side: “It’s about a relationship that has to be formed and it’s breaking down that trust barrier and giving this generation a really compelling reason to use you.” 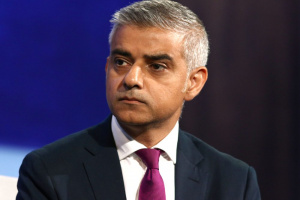 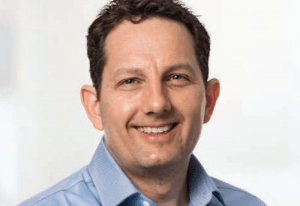