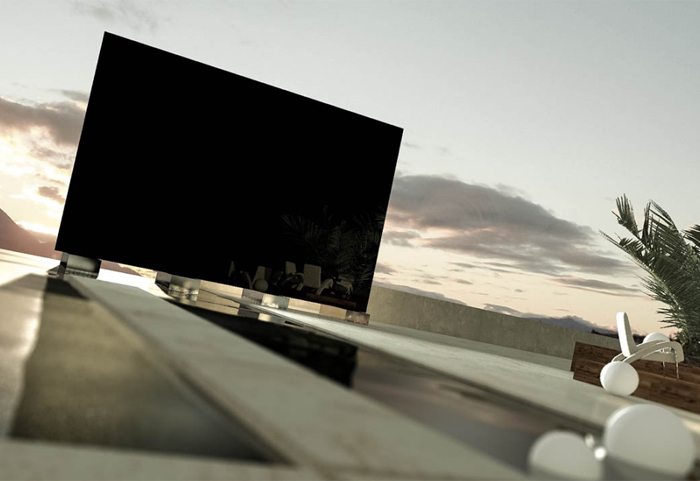 Share via
To put it into context, the Titan Zeus is about the same size as a football goal – pretty apt considering it would make watching a football game about as close as you can get to being there yourself. Created by British hardware company Titan, the Zeus TV measures in at 370 inches and has a £1m price tag to go with that world-leading size. The other vital statistics include a total weight of a tonne (good luck hanging that from your wall) and 65bn colours by way of the 4K technology it utilises. Titan describes itself as: “An independent British screen manufacturer, founded to harness technology that redefines the way people view and experience television.” Alongside the Zeus TV, Titan is also well known for responding to a request from computer games brand X-BOX to make the “most beautiful gaming screen ever”. The response was its Titan Screen, which became the largest screen ever put into Leicester Square. The million pound Titan Zeus is a pretty exclusive piece of kit – only four have been made and Real Business is not sure how many of those are snapped up. It’s reportedly the only TV in the world that “dynamically reacts” to the light of the room, pretty handy if you’re wanting to take advantage of its ability to watch 20 channels simultaneously. Just think, no more fighting over the remote or deciding whether it’s going to be the football or nightly news. The TV will go pretty well with some of the other gems to feature in our ultimate corporate gift list feature – including a limited edition Gold Nintendo games console and the STAX SR-009 headphones (if you want to make the watching experience a little more intimate).

Don’t forget to check out our full corporate gift list – in all its luxurious splendour!