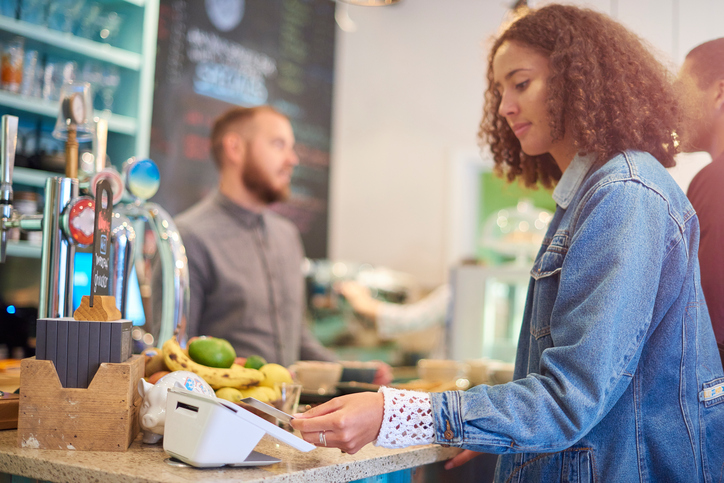 Share via
According to a new survey from GoCompare Money, three-quarters of UK adults – 40 million people – have made a contactless payment in the last year. Over 19 million – mainly in the 35 to 54 age bracket – stated it was their first-choice payment method for purchases under £30. Perhaps surprisingly adults between the ages of 18 and 24 preferred to use cash. Contactless cards were the most popular payment method with 75% of people, with smartphones, key fobs and wearable technology used by just 13%. Three-quarters of people surveyed said contactless was more convenient for their lifestyle with other reasons being a dislike of carrying cash and using chip and PIN cards. Another concern was that using contactless cards would mean that people would lose track of their spending. Only 23% of people said they hadn’t made a contactless payment in the last year with the risk of fraud being one inhibitor. Some described going contactless as “scary” with 29% describing contactless smartphone payments as ‘intimidating’. However, nearly a fifth of those surveyed said they had not gone contactless only because they have not been issued with an enabled card by their bank or credit card provider. “From cash to cards, smartphones to wearable devices – we’ve never had greater choice in the way we can pay. In the last decade, contactless payment technology has transformed the way we make payments, so much so, many people don’t feel the need to carry cash,” said GoCompare PR and social media manager Martyn John. Some companies such as eatery Tossed have indeed responded to changing habits by going cashless. Customers can pay for their food in its outlets using standard chip and PIN, contactless or mobile. These surveys reveal that SME retailers should certainly respond to the changing needs of customers but also be aware, despite the noise around tech and digital, that a sizeable proportion of the UK population still expect and want to pay in cash.