Venture capital sounds wonderful in theory. Complete strangers offering you money to help turn your idea into an award-winning business? Let’s get real. VCs exist for essentially the same reason as banks. Their business is to make as much money as possible from any investment they make. Leaving banks aside (if only we could), VCs operate under their own rules, which have to be obeyed by those tempted to take their filthy lucre.

I took VC cash in 2003 for my startup SimplySwitch, and I delivered an exceptional return. In 2006, Bridges Ventures made 22 times their money back. I became their poster child and everyone was happy – for a while. Three years later, I was back in bed with the same VCs and newcomers Big Issue Invest. This time, my mission was more philanthropic: to create 10,000 jobs for the unemployed. Six short months later, I was fighting for my own job. Not logical, not moral, not nice.

But then, VCs are not smart. Their business nous is on par with big-time gamblers at the races. I’ll explain: an average race meeting has between six to eight races. If you bet on a horse in each race and only get one winner all day, you’re unlikely to be in profit – unless your only winner was a big outsider. The failure rate of VCs is high (eight out of ten investments flop or barely break even), but still they fling their cash around in the hope of finding the one success that covers their losses. Should you be that lucky stellar investment, it’s galling to know your success is paying for their other turkeys.

History is littered with corpses. Let’s not forget the Michael Gecko-style “corporate raiders” of the eighties and nineties, whose unrestrained greed provided the catalyst for the leveraged buyouts of many national treasures. (For “leveraged buyout”, read “private equity fund uses a little bit of its own money and plenty of borrowed money to buy a company, then proceeds to sweat the assets by firing staff, squeezing savings from operations, plundering the workers’ pensions and selling anything that moves in order to improve cash flow and profitability. In time, the de-hulled firm is resold at a huge profit, the lenders get their money back, plus a bit of loose change for interest, and the private-equity firm makes a bundle”. As for the employees of the newly “improved” and dismembered company? God help them!)

VCs are the bastard offspring of rapacious parents, private equity. Smaller, but the DNA is the same: arrogant, profit-driven narcissists with questionable practices and tax status. Worse still are the oxymoronic “social venture capitalists”, who confuse looking good with doing good.

Of course, venture capital has helped fuel the growth of many notable businesses (Apple, Google, eBay), but why should we be thankful to those who, through their inherent greed, blew our taper relief benefits? Remember how they squirmed under Treasury scrutiny, apparently unable to confirm how much CGT their firms had paid? There’s something truly repugnant about principals and partners of multi-billion-pound VC/PE firms who pay less tax than their cleaners.

VCs think they add value to your business, but they don’t. They add cost. VCs sit on your board to monitor their investment and protect their interests, and then expect you to pay them a fee for the privilege. Others confuse “adding value” with wresting control. Quite aside from minor irritants such as their incessant need for the CEO and his/her team to work for peanuts, VCs charge above-market rates of interest on the money they lend you (“equity” investment is a bit of a misnomer. Often, most of their cash goes in as debt on which you pay interest before you even start earning money).

If you remain hell-bent on getting VC funding, then it’s “buyer beware”. VCs are great to deal with and marvellously supportive, just so long as you’re hitting your targets. Remember, they are loyal to money, not people. They’re not there to comfort you, hold your hand, or make it all better when things go wrong. They’re only interested in profit and they are utterly ruthless if they sense they’re not going to get their return. They don’t care about your passion and the work you have put in. They will have no compunction about getting rid of you. VCs are not your friends.

VCs’ terms are draconian. They will try to convince you that it’s a vanilla contract, but there is no such thing as a standard VC deal. Keep your eyes peeled and get a specialist lawyer; the best you can afford – because they will. Avoid using a firm that has worked for the other side. Find an experienced entrepreneur adviser, someone that you trust who can add real value. You don’t need to pay them; the best ones come for equity. Ask for “founder’s rights” to be attached to your shares, so that if you get sacked from your own firm, at least the investors can’t force you to sell your shares.

Think you won’t ever get shafted? You’re being naïve. VCs have earned their reputation. Are they evil? No more than sharks.

Karen Darby is founder of SimplySwitch and author of Burning My Bridges.

Do you agree with Karen’s views? Share your comments below. Also be sure to read the counter argument, by David Peto of Aframe. 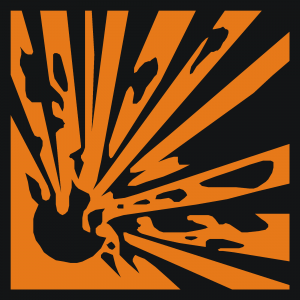 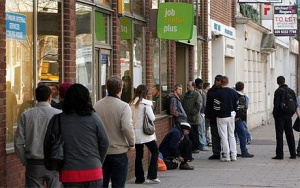 How large companies can help the UK’s benefit claimants