Sunak has been widely praised as the wunderkind that has brought a fresh approach to Tory financial politicking. My word, isn’t he brilliant? He is dealing with coronavirus and has been munificent in his general spending plans. Why even there is a photograph on the front of the Telegraph showing our brilliant Governor of the Bank of England and the boy wonder happily grinning at each other.

When you start looking at this Budget through the lens of the long in power North London liberal Establishment then everything starts to fall into place and Covid-19 is providing the perfect backdrop. Just before Sunak got on his feet onto the stage bounds the Governor of the Bank of England (oh no, he’s still in harness!) Mark Carney, to announce that he is going to make exactly the same mistake as he did just after the referendum, which is to cut interest rates to near zero and give the banks an extra £190bn to lend out. And what was the effect last time of this stupidity?

Pension fund deficits increase massively thus putting further strain on hard-pressed businesses; sterling falls again; the major banks, long structured to lend out on high margin property loans (80% of their usual loan books) go straight out and finance more mortgages thus ratcheting house prices up yet again (aided of course by the interest rate cut) while doing their best to ignore lower margin lending to business. Brilliant! The coronavirus showboating is then carried forward by our new chancellor who announces unlimited resources for the NHS, conveniently forgetting to say they haven’t got any more nurses to staff extra respirators, ITU beds, testing equipment, etc. But hang on a minute, North London says, there are some things you can do Rishi.

Who are they helping?

You can axe that silly pension tax ruling that was making my doctor retire earlier and you can send out subsidies and rates relief to businesses like our hairdressers and pubs. Those grasping bigger businesses can look after themselves, can’t they? Moving onto the rest of the budget, the North London intelligentsia has grasped that Keynesian infrastructure spend is nice and woke and yes let us fill in those 1000 potholes in Blackburn Lancashire that the Beatles used to sing about. What can we get as a modest contribution towards all this? We know let’s cut Entrepreneurs’ Relief by £2bn because that will almost precisely pay to dig a hole under the A303 so we can get to our second homes in Salcombe more quickly.

Never mind that the £2.7bn “paid out” in Entrepreneurs’ Relief in 2019 created £27bn worth of new business (the tax relief is 10% of the capital gain), which is like creating 5 new FTSE 100 companies a year.

Anyway, all this is fine, because we have been told by one of us, Paul Johnson at the Institute for Fiscal Studies, that the Relief has only benefited nasty filthy rich capitalist swine. I assume he is talking about people like Jacqueline O’Donovan, MD of O’Donavan Waste Disposal, when she said the now gone £10m qualifying benefit gave “entrepreneurs the incentive to keep building up a business” – which puts more money into the economy and creates jobs than selling it off and starting again with a new one.

We’ve grown this business to 185 staff and a £21m turnover. Entrepreneurs have lots of ideas to turn into businesses and the lower rate takes away the incentive to keep on starting again” A pity the IFS chappie and his ilk have never started or run a business in their lives but of course, they know best, don’t they? Now, what else have we done? Well we are always being told that R&D is a good thing and here we have an opportunity to keep that dreadfully threatening Mr Cummings quiet so let’s give him £800m to get his pet project, a new British technology research agency off the ground and of course more general R&D spending all round. Then perhaps he will go away and leave our nice cosy lives in the civil service alone.

When last December Boris, helped hugely by the magnificent Dominic Cummings, landed himself an 80 seat majority, a rudderless Labour Party, and a destroyed Liberal Democrat machine he was presented with the perfect opportunity to carry out far-reaching and significant reforms of our stale establishment base as personified by Whitehall and the old North London intelligentsia.

Mr Sunak’s budget is a clear and very worrying demonstration that these well-entrenched power bases are still very much calling the shots. It’s no use using Covid-19 Boris and Rishi as an excuse. Preserving the status quo is not what you were elected for by the red wall and the rest of us. 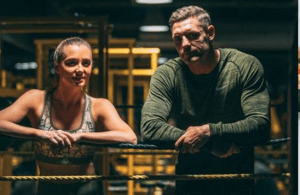 Athletic duo lead the way in the food delivery market 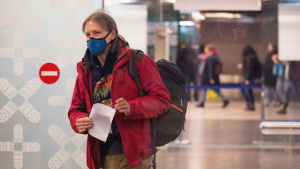