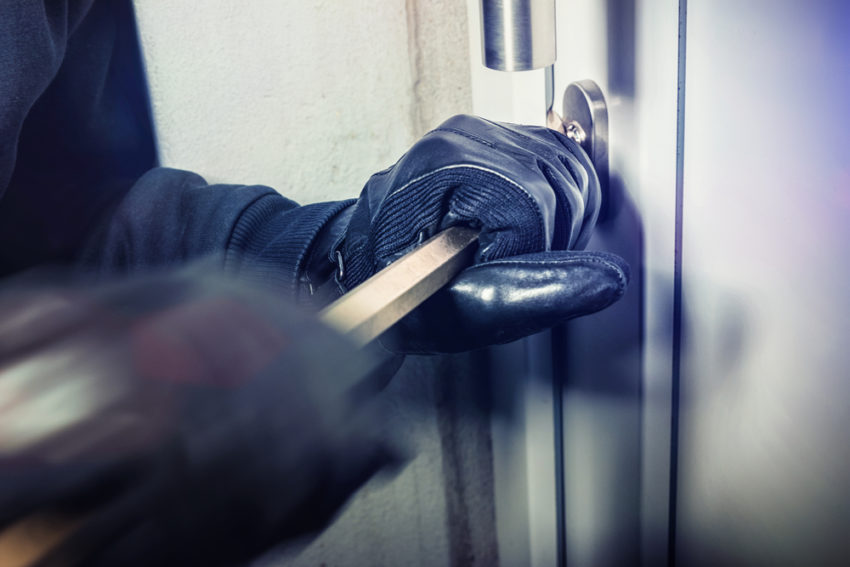 Share via
Small business owners are still hesitant to take the correct measures to ensure their company is protected against traditional crime such as robberies or vandalism (even though they still are much more common than cybercrimes) In order to adequately protect your business from as many threats as possible, you first need to consider a few eye-opening facts about burglaries and those who carry them out.

Half of all burglaries are spur of the moment

What this means is that a huge proportion of all burglaries carried out are not in fact planned by those responsible. Instead, it?s simply a case of criminals taking advantage of businesses that fail to protect themselves adequately. Burglars are opportunists in nature, with a surprisingly good eye for security flaws and inadequacies. What’s more, is that a business can be cleared out in minutes and research suggests that the vast majority of burglars disappear without a trace no longer than 10 minutes after gaining access. Nevertheless, this is all the time they need to wreak havoc on the businesses they target and their respective owners.

Most burglaries are carried out by locals

It?s a frightening statistic, but evidence has shown that most burglars live within 2 miles of the buildings and premises they target. Rather than choosing buildings at random, they?re far more likely to opt for promises they?re familiar with – perhaps a business they?ve visited on a regular basis. It’s also important to remember that 86% of burglars are never caught. Astonishingly, a report published by the BBC suggests that for every 100 burglaries carried out in England, only 14 arrests are made.

The key to safeguarding your business from criminal attacks lies in deterring burglars in the first place. If they?re able to gain access to your premises by any means, they will. In addition, it?s also worth bearing in mind how a growing proportion of burglars these days aren?t interested in physical assets. Instead, they?re out to steal things like personal identifying information, credit card numbers, bank account details and so on. Hijacking just a single identity can often be far more lucrative than stealing and selling physical goods.

1. Conduct a risk assessment Ultimately, it?s up to you to determine whether and to what extent your premises may be vulnerable to criminal attacks. From points of entry to the threat of cybercrime to the possibility of being targeted by a customer or employee, it?s essential to identify, analyse and prioritise all potential risks at all levels. 2. Physically secure the building Across the board, nothing represents a more effective deterrent than robust physical security. Examples of which include security window shutters, heavy-duty locking systems, external gates, roller shutters and so on. Absolutely any barrier you establish between you and potential intruders significantly reduces their likelihood of gaining access to your premises. 3. Consider visual deterrents If you?re going to protect your premises with a state-of-the-art security system, you might as well brag about it to the world. Roughly translated, make it as clear and obvious as possible that your business is extensively protected and secured by CCTV, intruder alarms, property tracking systems and so on. 4. Secure your assets internally The best way to approach internal security for your premises is to assume that at some point or other, it?s perfectly possible an intruder will gain access. In which case, how easy would it be for them to move freely around your building, pocket your more valuable possessions and generally wreak havoc? It?s one thing to secure your premises externally, but you also need to think carefully about what might happen in the event of a successful break-in. 5. Keep clear and comprehensive records In the event that you fall victim to a burglary, your insurer will almost definitely expect you to provide evidence of all possessions, assets and property that was robbed or damaged in the incident. If you?re unable to prove ownership accordingly, they may refuse to payout. Corporate and commercial insurers aren?t in the habit of complying without a fight, so it?s essential that you keep a clear and comprehensive record of everything you own.

One of the most distressing aspects of the average business burglary is the fact that most break-ins are completely preventable. As touched upon above, it is essential to understand and acknowledge the fact that almost every burglar targeting business premises is an opportunist. Hence, give them a chance to break into your property for an unauthorised clear-out and they?ll do exactly that. As with most things, proactivity holds the key to the enhanced security and effective protection from the threats posed by criminals. Whether it?s physical barriers like security window shutters or the latest CCTV technology, anything you can be doing to protect your SME is something you probably should be doing.

Why your SME should be using TikTok

10 Tips For A Female Entrepreneur Just Starting Out

How Leaders Can Still Remain Relevant in a Post-COVID Era

Taking the Leap: 10 tips to flourish as a new business owner

How Can SME’s Truly Raise Their Voice?

26 Feb 2021
We use cookies on our website to give you the most relevant experience by remembering your preferences and repeat visits. By clicking “Accept”, you consent to the use of ALL the cookies.
Cookie settingsACCEPT
Manage consent