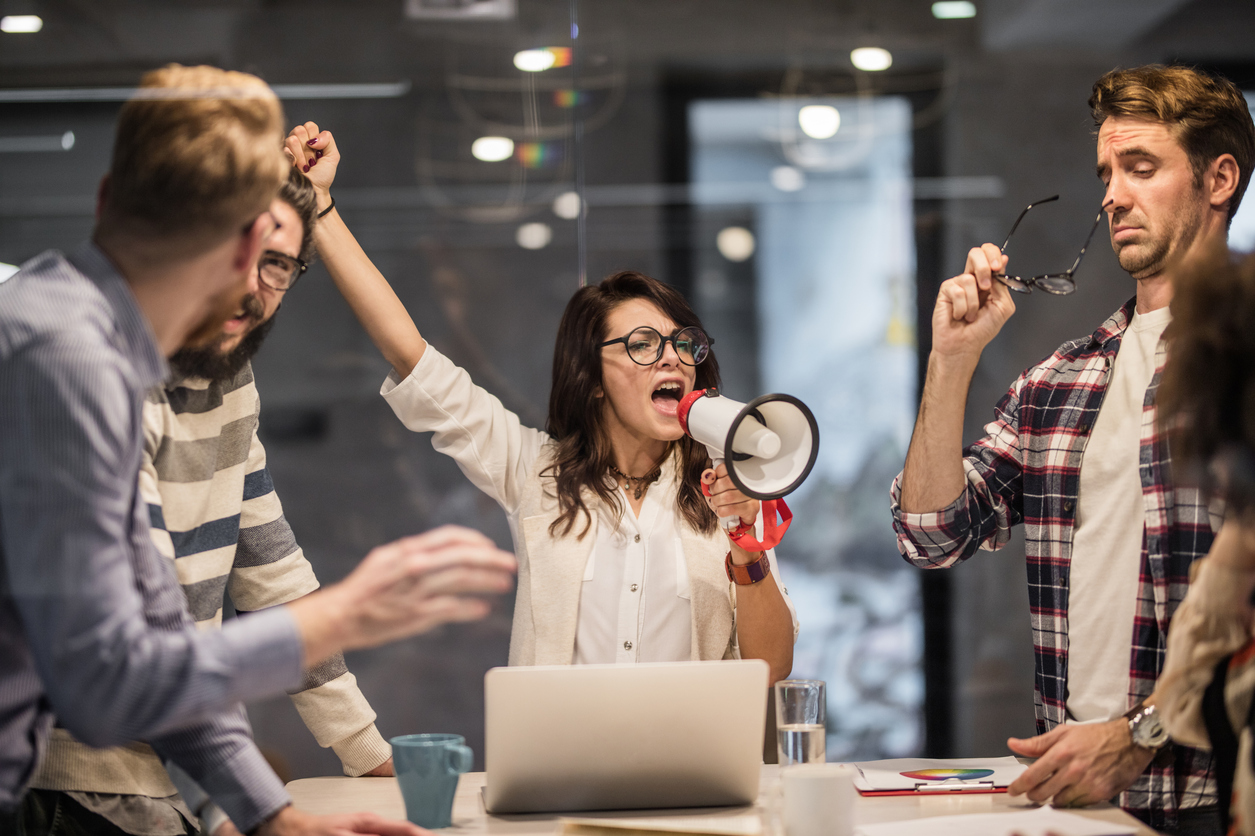 Share via
54,000 women a year pay the motherhood penalty in Britain, from being pushed out of their jobs to facing a glaring gender pay gap if they do return to work. 77% of working mums face negative or discriminatory treatment in the workplace, according to?the Equality and Human Rights Commission, and this is just the tip of the gender imbalance iceberg. The Institute for Fiscal Studies? (IFS) report found women?s wages start to plunge compared to men after starting a family, while a study by the Chartered Management Institute (CMI) highlighted the fact women are often overlooked in favour of their male colleagues when it comes to promotion. For Dulini Fernando, associate professor of Organisation and Human Resource Management at Warwick Business School, this is exactly why some?women are reluctant to take up flexible work, and why some fathers hesitate to share parental leave.

?In our recent research into the careers of highly skilled female professionals in organisations that had extensive diversity agendas, we found that childbirth is seen as career suicide,? says Fernando, who researches gender issues in the workplace. ?In other words those we spoke with felt, if you have children, there is absolutely no way you can progress a career. It is amazing early career women workers firmly believe this.?Women who take up part-time work or any kind of flexible working automatically encounter negative career repercussions, regardless of how hard they work.?

Bums on seats: Why outdated measures of success need a reboot

The number one thing holding these women back at work is outdated workplace ethics; the old boilerplate formula for gauging success at work: presenteeism and bums on seats. In 2018, success has less to do with grey hair and long desk-bound hours than in the 70s, which is why management teams across sectors need to revaluate job roles.

The gender pay gap is made worse as ‘ideal worker norms’ tend to favour men: with visibility within the organisation and active organisational citizenship seen as essential components of the archetypal good employee.

Fernando’s research finds that women themselves are reluctant to take up flexible work options. Similarly, this explains the slow uptake of working fathers taking up shared parental leave, even with a strong nudge from the Government. With gender pay gap reporting now a staple for UK companies with more than 250 staff, transparency may help shed a light on unconscious biases and skewed payment structures in medium-to-large sized businesses. But Fernando believes such Government policies are likely to fail unless the deeply ingrained work culture that discriminates against motherhood and flexible working is tackled by companies. ?I would argue that employers first?need to review their organisational cultures,?make these subtle assumptions and stereotypes?visible and engage in open?discussion about them,? she says.?”Without such activity work-life initiatives and efforts to reduce the gender pay gap are going to be useless.”

“At the moment being visible at work and within the organisation is associated with greater commitment and ambition to progress.”

To change this ingrained attitude organisations should focus on making incremental?changes to their cultures, she explains. Many of these assumptions are so deeply embedded that they need to be addressed before new policies are tacked on.

A new campaign, ‘Dear Employer’, encourages parents to prepare a letter ready to send to their CEO or HR department on this Friday, conveniently Friday the 13th, to shake up stale practices related to parents and the workplace. Led by?Pregnant Then Screwed?and Guilty Mothers Club, the Dear Employers campaign specifically targets the gender pay gap, using the collective power of parental voices across the country to give employers a better understanding of the factors that put pregnant employees and new parents at career risk.?

After being sacked (by voicemail, no less!) at four months pregnant, founder?Joeli Brearley?set up community interest company Pregnant Then Screwed?to?support and promote the rights of mothers who “suffer the effects of systemic, cultural, and institutional discrimination?. How? By offering a free legal advice service, a website where women post their stories of discrimination anonymously, lobbying the Government for legislative change, and a mentor scheme that supports women who are considering legal action against their employer. ?We know that motherhood is a key cause of the gender pay gap with the IFS reporting that by the time a woman?s first child is 12 years old, her hourly pay rate is 33% behind a man?s,” says Brearley. “As large companies prepare to report on their gender pay gap and look for solutions to the problem, we hope they will be ready to listen to the mothers in their workforce. “Disdain towards mothers is evidenced by 40% of employers, in a 2018 EHRC report, stating they felt they had seen women ‘take advantage’ of their pregnancy or were a burden to their team, so Dear Employer comes at an opportune moment for employees to tell their story and share their experiences.” The campaign offers a letter template that includes proactive ways for companies to improve their processes and culture to better support working parents.

?With this campaign, we seek to drive change through employees being able to tell their side of the story, so that attitudes and culture can change for others. Even if the truth may at times be ugly, this feedback is critical to making headway in changing perceptions.” – Joeli Brearley, Pregnant Then Screwed.

Crowdsourcing stories to change the narrative

Last November, Helen Bryce, Cheerleader for Women at Guilty Mothers Club wrote an open blog post titled??A Working Mum?s Letter to my Employer?, following a stint of maternity leave, returning to work and having that chat with her employer. All of a sudden, her employer decided that her priorities had changed. “I didn?t have the confidence to tell them that they were wrong at the time, but they were totally off the mark. Motherhood is a big change, but it is personal,” she says.

“For me, becoming a mum has had an impact at work, but it has made me more productive, more ambitious and more empathetic, I?ve not got time to waste as I have someone I want to rush home to see.” – Helen Bryce, Guilty Mothers Club.

?The feedback has been phenomenal, I have spoken to so many women who feel the same as me. I am delighted that Pregnant Then Screwed are working with me to launch this campaign so that it sends a message to bosses and HR departments that they are losing out, by isolating a force that is motherhood.? Pregnant Then Screwed?and?Guilty Mothers Club?are encouraging those who are emailing employers to copy them in at?dearemployer@pregnantthenscrewed.com, so they can deep-dive into the key themes and improvement areas which will be published anonymous of employer and employee.