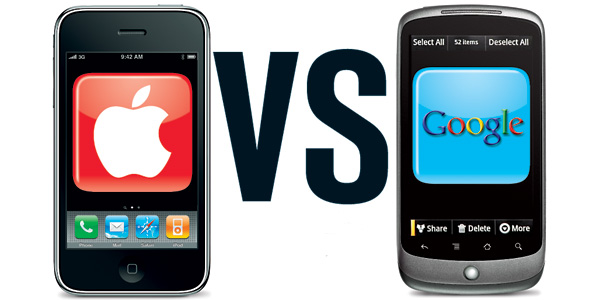 Two of the tech company’s biggest announcements recently – at the Code Conference and at its own annual I/O Conference – were retail-related. Where its competitor has Apple Pay, Google has introduced Android Pay – allowing people to pay for shop items via their mobiles.

It will be usable for those with Android phones in over 700,000 stores in the US, including McDonald’s and Macy’s. Dave Burke, vice-president of engineering, said the process would be simplistic. “Just unlock your device, hold it up to a reader, and you’re done. There is no need to open an app,” he explained. “Android Pay is focused on simplicity, security and choice. Your credit card number is not shared with the store,” he added to allay security concerns. Android Pay can be used with fingerprint recognition software, and rather than transferring the card number, the system will pass numbers between the individual and the store that relate to a person’s credit card details.  Android Pay will also be used for in-app purchases from retailers, such as paying for an Uber taxi. Google Wallet will still exist, but undergo some changes. The company made a string of further announcements at the conference, including a lo-fi virtual-reality headset made of cardboard and a photo-sharing app with unlimited storage. The headset was debuted last year, but has been redesigned so it takes three steps to construct. Read more on tech companies: Over at the Code Conference in California, Google’s chief business officer Omid Kordestani confirmed, “there’s going to be a buy button. It’s going to be imminent”. He didn’t divulge when it come into play, but the plans to introduce a Buy Now button to Google’s search results could mean users spend longer on Google’s pages rather than rival sites. Clicking the button next to a shopping search result would take a customer directly to a Google transaction page to complete the purchase and enter details. While merchants would retain customer information and deal with the postage, this could be significant for the direction of retail and reinforcing Google’s position as the leader of the search engine sector. Amazon recently announced the introduction of its Dash button, which would literally allow people to order basic supplies at the touch of a button. Some initially speculated that it was an April Fool, but Amazon confirmed the physical controller was real and designed to be positioned somewhere convenient in the house, to order necessities including washing powder to razors. Kevin Dallas, chief product officer of Worldpay, said it reflected that “Google believes that smartphones and tablets are the way forward for ecommerce”. He added that while the move may “alarm” some merchants, companies should see the development as a positive – “spurring retailers to acknowledge the benefits for consumers when they invest in making their site mobile optimised”. By Rebecca Smith