In July 2015, House of Fraser was named among the UK retailers providing the best online experience for customers, nestled snugly in second place between Thomson and Tesco.

In a world where consumers have increasing options and decreasing patience, the firms were hailed for the rapid speeds of their websites.

Fast-forward several months to 2016 and the online omnipotence appears to have gone to the heads of those responsible for House of Fraser’s digital marketing.

In what could have been confused for April Fools’ Day, the department store kicked Monday 1 February off with a Twitter campaign dubbed #Emojinal. The hashtag trended on the social network, but mainly because people were bewildered with what the firm was attempting to accomplish.

I think @houseoffraser have really missed the point with their #Emojinal campaign. The tweets don’t even make sense or have ANY context?

The @houseoffraser #emojinal campaign is like when a mum first gets a smartphone & can’t resist using all the things https://t.co/hPUdW3qH1e

Seemingly the campaign, which fused countless numbers of emojis into tweets and across celebrity images, was an attempt to invoke feelings of love and happiness ahead of Valentine’s Day.

A microsite, www.emojinal.co.uk, is now live and acting as the home of an emoji-based quiz – the prize appears to be a ten per cent discount.

@houseoffraser thanks mum! ud83dude01ud83dude18ud83dudc4dud83cudffb all those nights watching movies and overusing emojis finally paid off! pic.twitter.com/IkOuwlAWVn

While the customer above appears to be happy with her award, the majority of the Twitter community appeared to be utterly bamboozled by the crusade and many users believed House of Fraser would declare a hacking scandal.

If you were going to be hacked, you’d want the @houseoffraser hackers. Actually pretty funny. #emojinal ud83dude48ud83dude00ud83dude2cud83eudd13ud83dudc83ud83dudc40ud83dude33

No matter how bad your Monday is, remember this, you’re not in charge of @houseoffraser‘s Twitter feedud83dude02 #Emojinal

Whats worse; someone pitched #emojinal or someone approved it? (@houseoffraser )

Young folk of Twitter, does @houseoffraser‘s #Emojinal thing make you want to spend ud83dudcb7? Because it makes me want to hide in @johnlewisretail

The ironic use of @houseoffraser‘s own campaign imagery to describe everyone’s reaction to their #emojinal PR stunt pic.twitter.com/hMkhA75APE

Delivering the final blows were these two users, with their ominous talk of destroying and ruining the brand’s image…

How to ruin a century-old upscale brand with one terrible social media campaign. Sorry @houseoffraser #Emojinal

It’s been #Emojinal watching a strong brand destroy itself https://t.co/qK5A38wkwF

But what was your take on the campaign – genius or idiotic? Let us know. 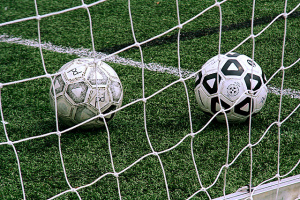 What bosses can learn from football’s cultural melting pot 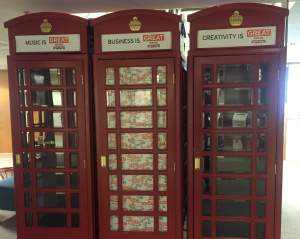